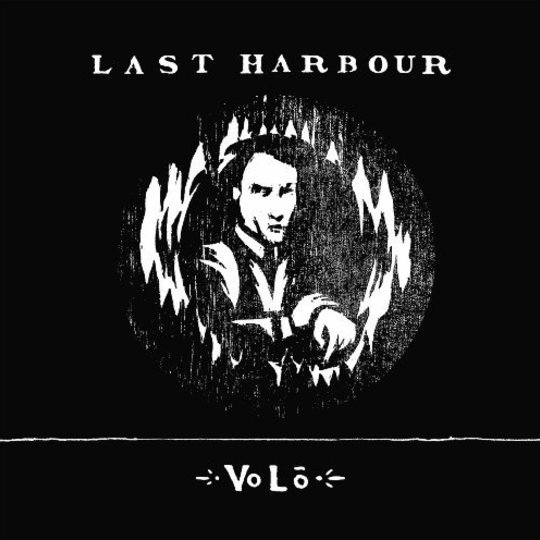 Hailing from Manchester, Last Harbour describe themselves as 'an expansive collective featuring an array of classic instrumentation as well as guitar, bass and drums', indicative of the membership required to produce the kind of rich and foreboding gothic folk rock found on Volo. While it might be tempting to trace a thread of gothic drama back to the post-industrial soundscapes of Joy Division (a temptation made easier by the sonorous baritone of frontman Kevin Craig) the one group whose influence hangs heavy (and I mean HEAVY) over Last Harbour is that of Nick Cave and the Bad Seeds. Apart from Craig's voice, Last Harbour's gloomy chamber-rock shares the Bad Seeds' brooding sonic aesthetic; an underlying current of violence and despair that makes Volo an album that is occasionally unnerving and always foreboding with an oppressive atmosphere present throughout. This is just about as sombre as music can get; even old Nick finds time for a dick-joke or two, but Last Harbour play it totally straight.

There's no denying that they excel at what they do. After a somewhat incongruous snippet of spoken French and wheezing accordion, opening track proper 'Mount Analogue' sets the tone with barely-there acoustic guitar and mournful strings giving way to a slow march of rolling toms, snares and swelling strings as Kevin Craig conjures up funereal imagery taking us "...through caverns looming..." to "ground that was too cold to dig". The male/female duet of following track 'Sunken Bells' recalls both 'Where the Wild Roses Grow' and the Manics' 'Ready For Drowning' with its tale of a sunken "township", although it forgoes that song's anthemic sensibilities in favour of intensely sinister strings on the chorus of "Punished by flood the new deluged saints will sleep underwater, will no longer wake". It might be laughably portentous were it not for Kevin Craig's persuasive sincerity.

'All of My Triumphs Are Written In Your Hand' finishes just before the strings swell into apocalypse mode, leaving it the most straight up pretty song on the record with fluttering mandolin a beautiful addition to the ever present string section. Its closest contender is the spare autumnal acoustics of 'Don't Fall', the absence of the string section for the song's first half coming as something of a relief as it breaks with the prevalent dark mood. The relatively stripped back sound gives Craig's words a greater chance to dictate the mood, but on closer inspection lines like "come rise up from your penitentiary beds" bear marked similarities to Nick Cave's common themes and imagery. It would be unfair to give Cave monopoly over such matters, but it's almost impossible to not think of the totemic Australian.

However, there is a lot to admire in the expertise with which Last Harbour work within this familiar framework. There's no denying how affecting it is when white-hot strings sear over the exclamation of "This is the devil's work" on 'Thread By Thread' or the way in which 'Lights' almost builds into a catharsis-propelled anthem like 'Rebellion/Lies', but lags in pace as if unable to overcome the grief from which it's trying purge itself. Still, Volo would benefit immeasurably from featuring a few more of the musical incongruities which both distinguish the band from their influences and also lend the album greater tonal and musical variety. A perfect example is the cheap Pulp-esque organ voices and trills of what might be either a woodwind or a squeezebox instrument, which lend 'The Blood is a Compass' a woozy sensuality not found elsewhere on the album.

The band whose predicament Last Harbour most reminds me is Australian three-piece Devastations. They too were criticised for being indebted to The Bad Seeds until a move to Berlin led to third album Yes, U being defined by its streak of continental modernity and more synthetic sounds. Similarly, it feels like Last Harbour need to break the mould, but in their own way, whatever that may be.