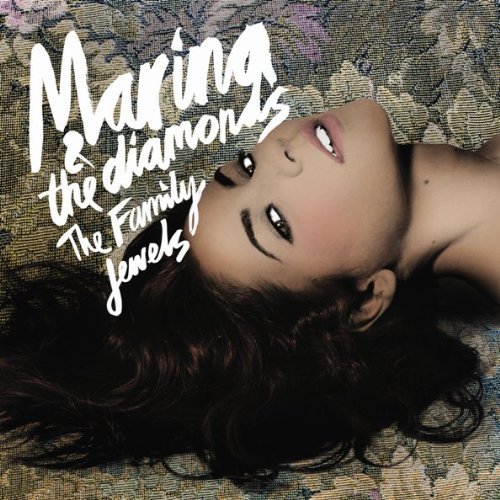 In attempting to straddle the tricky divide between 'credible' and 'pop', Marina and the Diamonds ends up encountering similar problems to label-mate Little Boots. »

pop is cooler than it has ever been. no revelations there. somewhat ironic perhaps though, that the jewel in this new crown of credibility gut-laughs in the face of any notion of 'cool'. marina (and the diamonds) diamandis is living, breathing, belting, vogue-ing proof of the damn-near unfathomable possibilities contained within organic pop in 2010. "i really couldn't give a damn whether pop's in fashion this week or not, i'd be writing this music if it was dying a death," she scoffs. she's the complete songwriter / performer. 50% greek, 50%welsh, 100% frolicking fairytale creature. a girl with virtually no musical schooling, for whom heart scorching choruses miraculously seem to appear at the tips of her fingers with each increasingly preposterous limb fling. a voice that both lures sailors to shores and wards ships from rocks. a mind that hacks apart the fabric of now and serves it up in an ice-cream sundae for all to guzzle down. a performer whose onstage movement has been reminding lackluster gig-goers across the land the true meaning of 'show time'. but like all the best popstars, dissecting their charms does them no justice. for marina possesses that oh-so elusive ingredient. that one that had its name not been forsaken by reality televison's chart napalm strike, we might dare term something like 'x-factor'. some of the greatest should-be british smash hits this side of the millennium aside, marina just has it. the presence, the poise, the patter. a sonic-boom of a laugh that seemingly punctuates her every sentence. she's five foot six of hour-glass sensation in waiting, and this is her year.
description from www.roughtrade.com