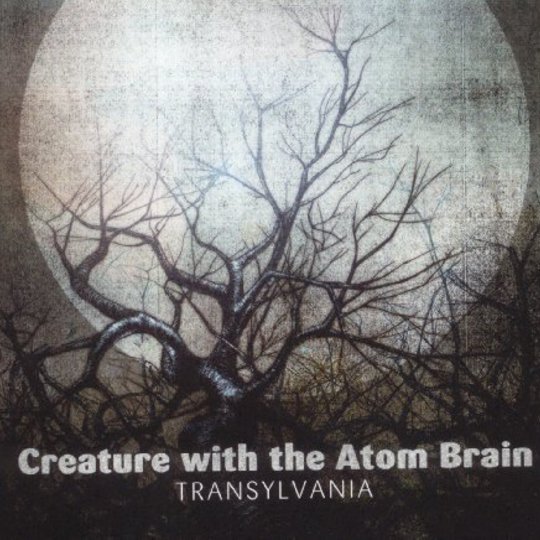 Do you remember when you first saw Alien Resurrection? You had high hopes, because on paper it sounded good, right? It featured a decent director overseeing the production, a cult character reprising a reliable role and some good guest stars. But somehow despite all the parts being there, it just never really clicked into place. It felt like the magic from years before was merely being mimicked, without the same level of innovation we’d come to expect of the series.

Well, as a record Transylvania is a bit like Alien Resurrection.

The pedigree of Belgian group Creature with the Atom Brain is good. Founder members have toured and been part of some real heavyweight outfits such as QOTSA and the underrated Millionaire. The record's guest stars, such as Mark Lanegan and Tim Vanhamel, are notable catches. The varied influences on the band's MySpace page are spot on. But for all the talent, experience and attempts at musical variety here, Transylvania is just missing that certain ‘something’ and feels like rock-by-numbers, which can possibly be attributed to a recent jaunt touring with Dead Weather sucking their very souls dry whilst they slept.

That’s not to say this is a bad record as such. When it’s good and the band lock themselves into a tight, six-minute psychedelic riffathon then it is wholly decent and worthwhile stuff. Like when, two minutes into the upbeat title track, the bass goes all fuzzy. Or when the opener ‘I Rise the Moon’ saunters into its blissed-out chorus like a stoner exiting a bedsit at 8am on a sunny morn. Or for all of the understated but genre-melding six minutes of ‘Darker than a Dungeon’, one of the few tracks where they vary the pace and time signature throughout the song’s duration.

But is it enough to hark back to bands like Kyuss and Melvins, merely aping them and providing a modern day alternative when other rock bands have moved the genre on in the meantime?

Such is the dilemma with Creature with the Atom Brain. If all you want is a sophomoric record in a largely sophomoric branch of rock’s history, then ‘Transylvania’ will serve you well. For the rest of us, until they develop a sound of their own they’ll merely continue to be the bridesmaid, but never the bride…