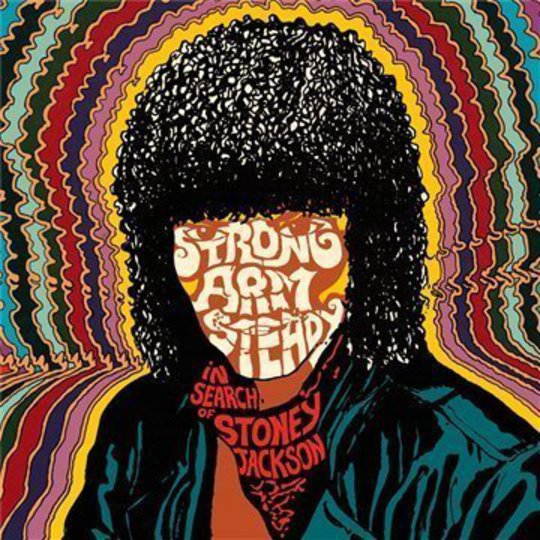 This record might as well be called Why Hip Hop Sucks in 2010. It could have been, it should have been, so good; the very reason to pull on your three stripes with pride in the morning. Some dope shit to fling back in the faces of the scoffers, those that told you Wu-Tang was the high watermark for West Coast Rap and, indeed, that hip hop itself passed away around the same time as B.I.G; P-Diddy doing a sick little shuffle over both their graves.

Perhaps it’s most disappointing because of the promising pedigree. Not only does Talib Kweli lend his lungs but - following their move to Stones Throw - Strong Arm Steady have also been granted that rarest of rap honours; an entire album produced by Madlib. Not a couple of tracks mind, In Search Of Stoney Jackson is a full on collaboration with hip hop’s hit-maker. Just in case you hadn’t heard the hype, SAS put you in the picture by referencing the princely production roughly every second line; “this a Madlib Strong Arm Steady connect”. Ah, but then there’s giving props and there’s being propped up.

The maestro certainly does a fine job of carrying it all along; in terms of the arrangement the whole thing is as tight as a drum. You can’t help but head nod and there are some inspired vintage voiceovers and samples, the pinnacle of which production, 'Two Pistols', is also the peak of the whole album; beats perfectly matched to a glorious gospel backing. This is, however, supposed to be their second LP, so they really shouldn’t need carrying; it says much that if this album were a Shadow-style samples and instrumentals only affair it’d be infinitely more listenable.

Here’s the problem: if hip hop isn’t clever it runs a very real danger of getting all caught up in cliché. It seems that Krondon, Mitchy Slick and, ahem, Phil Da Agony have forgotten that guns, bitches and bling were never part of the four elements and, y’know, never will be. There’s actually a track on this record called ‘Cheeba Cheeba’. Are you kidding me? Hey guys, Harold and Kumar called and they want their stereotypes back. Easily the most bizarre lyrics you’ll hear in all hip hop come in ‘Chitlins and Pepsi’, a track seemingly about nothing smarter than swearing and cookery. It’s like Gordon Ramsey stepped up to the mic; “No time to waste, we don’t waste food on our plate. Let the haters hate, 12 ounce steak, asparagus tips, delicious, got me lickin’ my lips. On some LL-Cool J shit”. Indeed.

But it’s not only the content: the delivery sucks too. On ‘True Champs’ it sounds like they're drowning, gasping for air with every line and struggling against fast flowing beats; drawing breath like their lives depend on it. In other places the raps are not so much punchy as a punch in the face, boxed ears bleeding whilst you wince; as much from the memory of your mother naively asking ‘isn’t it just shouting?’ Cha. It’s only that, if one of the main themes of your record is how superlative your sound is, hadn’t you ought make sure it is first?

In the end, perhaps In Search... is just so inbred it’s capable of little more than frenzied tail wagging on a podium - its maniac tongue lolling - all eager and expectant that someone will pin a rosette to it just for having a nice shiny coat. The equivalent of getting ‘must try harder’ scribbled all over your school report, heaven knows you’ve got potential but you pissed it all against the wall chasing girls and acting big man; we’re not angry, we’re just very, very disappointed…