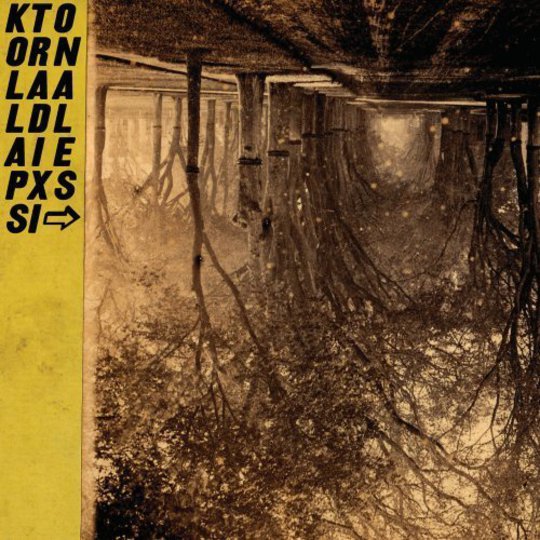 Tax avoidance? Enraging fastidious album alphabetizers? Perhaps the members in question truly believe that this incremental shift in direction is worthy of a name change. Whatever the reasons for Efrim Menuck’s most enduring band being called Thee Silver Mt Zion Memorial Orchestra for this, their sixth album, you can probably get away in most polite company with just calling them A Silver Mt Zion. Debuting in 2000, they have existed on a plateau of popularity for the best part of the last decade: moves that might have blown a few young minds when carried out by Efrim’s first, best-known band Godspeed You Black Emperor! are probably not causing many people to reenact that scene from Scanners these days. That’s no reason to dismiss Kollaps Tradixionales, however.

They start with the record’s longest track, the 15-minute 18-second ‘There Is A Light’. It’s tempting to flag this up as a ‘because we can’ gesture – people who buy our albums LIKE the long haul! – but this risks snark where, arguably, none is needed: it works very well as an opener. It’s very slow and somber and its strings swell and sob; then it kicks up a gear and thrives on its own discordance. (Drummer David Payant, the one new addition to this trimmed-down version of the band, does a sterling job helping TSMZ show their mettle as an actual Rock Band – not for the last time on the album, either.) Oh, and Efrim Menuck sings in that ragged, French-filtered voice that has proved a dealbreaker for many in the band’s decade of recorded existence.

‘I Built Myself A Metal Bird’ is one of the most unreconstructedly rocking excursions of this mutating mob’s career to date. The strings are still there and still sawing, but the foundation is stoner garage Krautrock, all three in equal measure: think Hawkwind, Loop or the first Queens Of The Stone Age album. Although Menuck’s vocals are wailingly disconsolate as per, ensuring that this isn’t going to be a jam to pop the bullets off yer belt, the news that its live showings over the last couple of years have rendered it a fan favourite isn’t too surprising. Certainly, by TSMZ’s broad standards it’s ‘rock’ as she is traditionally understood. Its followup track, ‘I Fed My Metal Bird The Wings Of Other Metal Birds’ (hat tip for this songtitle, come on everybody), is a sort-of second part to the aforementioned number. It starts off very differently, all interlude-y dustbowl creak and tense cymbal splash which frankly sounds like Godspeed!, but coalesces into a further burst of Krautrock speed. Invigorating stuff throughout its gestation.

It pretty much wouldn’t be a Silver Mt Zion record if it didn’t have a pretty-much-impossible-to-understand conceptually connected section at one or more points. Tracks four to six fit this bill, being alternate spellings of the album title. ‘Kollapz Tradixional (Thee Olde Dirty Flag)’, up first, is basically a trad folk song with a raft of adornments: the melody and meter are found in literally countless tunes from (especially) the UK and North America, dating back hundreds of years. Instrumentation-wise, a layered noise builds out of deceptive simplicity, one guitar chord joined by buoyant violins and upright bass. After a ninety-second interlude of perfunctory sweetness called ‘Collapse International (For Darling)’, we press on to ‘Kollaps Tradicional (Bury 3 Dynamos)’; there’s something of a curveball factor to the final segment, in that this is the band at their least out there. It’s burly folk-rock with a sea shanty element and, needless to say, a lot of sonic squall; in essence, though, I can imagine it as an old album track by either Spiritualized or Gorky’s Zygotic Mynci, two bands whose unifying factors are rarely explored to my knowledge.

At over 14 minutes, ‘’Piphany Rambler’ is the second of the breezeblock-sized bookends in Kollaps Tradixionales ’ tracklisting. It’s the closest we get to a disappointment over the 56-minute duration – it’s no outright dud, but compared to the typically good use of tension and payoff seen earlier on the record, it just… mithers somewhat, without ever rising from its funk. In this reporter’s opinion, though, more spots are hit – even if minds are not blown – than on the last two albums by this loose ensemble. Despite the mildly unusual reference points, it’ll likely be consumed by the same people who normally buy their records, who will be rewarded with Constellation’s normal exquisite chipboard packaging (and a book of photos, if they spring for the vinyl). Hopefully, those among them who clamour for an, apparently unwanted, Godspeed! reunion will be quelled by this record.