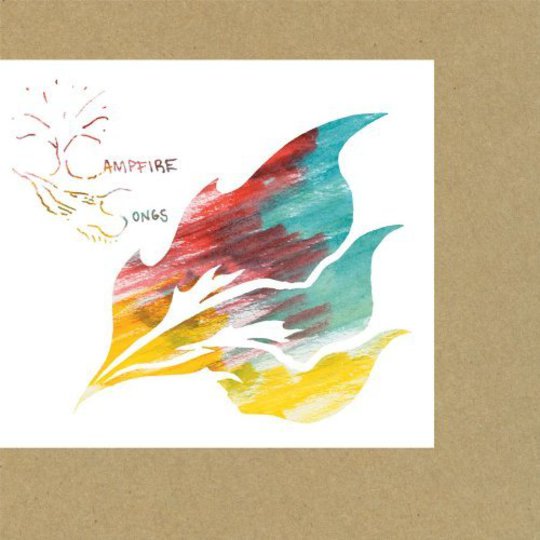 Listener beware: those expecting another heady dose of post-apocalyptic Beach Boy harmonies mixed with MGMT-esque psychedelia, Merriweather Post Pavilion style, would do best to look elsewhere. The 2003 Campfire Songs EP - re-released here in both CD and digital format - is at once an intriguing, beguiling and ultimately frustrating record. For a band certainly not averse to a little sonic experimentation, Campfire Songs remains Animal Collective’s most ambitious statement to date.

The concept album is arguably one of the key musical genres in terms of artistic freedom of expression. However, history dictates that such creativity left unchecked often translates musically into, shall we say, a 'challenging' listening experience. Those familiar with the band’s pre-Feels output will recognise the loose forms and melodies that inhabit much of their earlier work. An idea originally conceived by core AC members Dave Portner and Noah Lennox in college - the premise for Campfire Songs wasn’t, as one might be forgiven for assuming, to sit around a crackling fire strumming interpretations of Harvest-era Neil Young. Instead, the pair chose to create something altogether more primal – a collection of musical textures and sounds that evoke the experience of fire, nature and the great outdoors. As they themselves put it: “We wanted to give the music the feeling and atmosphere of the outdoors and the warmth of a fire, so people could bring it indoors.”

Lofty ambition indeed and the results are, perhaps predictably, subjective to say the least. Recorded in a live, outdoor setting, each track bristles with natural energy. Opening with the dream-like, 10 minute 'Queen in My Pictures', the band weave a tapestry of subtle textures, adding vocal layers over a single, strummed refrain. Segueing into the more conventional (structurally speaking, anyway) 'Doggy' the pair introduce a hint of melody, carried on the wind audibly brushing through the trees above (was that a plane I heard overhead?).

After this relatively convincing opening the listener is presented with the faltering missteps of 'Two Corvettes' and 'Moo Rah Rah Rain'. Devoid of any foothold whatsoever, it’s difficult not to view each track as anything other than an exercise in wilful obscurity, particularly when you consider they clock in at some 16 minutes combined. All but the most dedicated of listeners will find their finger drawn towards that skip button, powerless to resist.

Album closer 'De Soto De Son' employs a lilting melody with a distinctly eastern vibe, dreamy vocals to the fore once again. Well, at least for the opening half of its 10 minute length anyway, before casually descending into oblivion only to find itself once more like a wayward son as the song reaches a close.

To the casual listener, Campfire Songs may be hindered by its unwillingness to reveal any particular form or structure. It is perhaps though this apparent sense of chaos that offers the album’s greatest strength, as each repeated listen yields a surprisingly personal experience (arguably Portner and Lennox’s intention). Of course whether any of this will appeal to anyone other than the most devoted of the band’s fan base remains difficult to say. File under ‘experimental’.