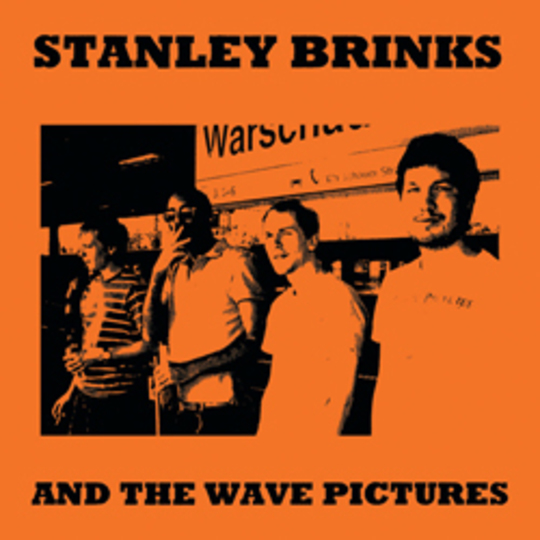 "I miss Herman Dune with both brothers in the band" sang Jeffrey Lewis, following the departure of Andre from the aforementioned sibling combo that was, and still is, Herman Düne. So do many but, alas, Andre left and will probably not return. Since then he's adopted (yet another) moniker, now going by the rather more Anglicised Stanley Brinks, which compliments The Wave Pictures' involvement in his new full-length rather well, as it happens.

This outing is, on the whole, a slightly more serious affair than anything produced by the Düne, but the trademark French lilt means, as ever, the chance of over emoting, or emoting at all is terminally thin. That very accent endears in many ways, not least of all from the way 'Bono' is pronounced "Bone-o" in the album opener 'Hi Jane', and the tone set firmly in place from that moment.

The addition of wholesome indie-pop peers The Wave Pictures is no massive enhancer on the face of it – David Tattersall's wispy wails are almost the perfect backing vocal, whilst bassist Franic Rozycki and drummer Jonny Helm do everything you'd expect, and solidly. What they bring, however, is what was lacking on much of Brinks's debut, Dank U – a record which was perhaps a tad sparse and aimlessly wandering at times.

The above applies to both the album's texture and the general progression and extension of musical ideas, lyrical, vocal and instrumental. Sure, there are moments of autobiographical emptiness where it feels like there's nothing but Brinks, his guitar and his earnest thoughts rattling about the place, but there's such a feeling of completeness in everything else. Where in the past there were unfilled moments, here we have vocal harmonies, a backing group chorus, or a fiddly but steadily-moving guitar solo. Those six-string parts which straddle both delicacy and melancholic blues punctuate the album's ten songs on a regular basis. You know, the sort of guitar solo where you imagine the man behind them is transported, via his rich tones, into bliss, lip curling up and eyes rolling back into his head as he climaxes together with the music.

'Things Ain't What They Used To Be' is as approximately the most 'angry' cut you'll hear on this record, and although rare, a little folly is entered with the jovial 'When The Martians Are Gone', but is then instantly rebuffed with the most solemn, and arguably finest, track featured - the finale of 'All The Love That Was Left'. This is of a heartbreakingly blue tone, with bendy and neat, noodly guitar work being at the forefront of every phrase, leaving things as whole and completed as you could hope.

If you are at all familiar with Herman Düne and/or The Wave Pictures – or indeed Stanley Brinks's first full-length – then this record is unlikely to surprise you, but still liable to please. The formula these bands stick to is a successful one – not that it's a particularly easy road to ride on, you've still got to write the songs without tiring out the same processes and elements endlessly, after all. Still, ten songs of a similar length, approach and quality as high as this represents another pleasant and worthy outing from Brinks in his post Herman Düne world.