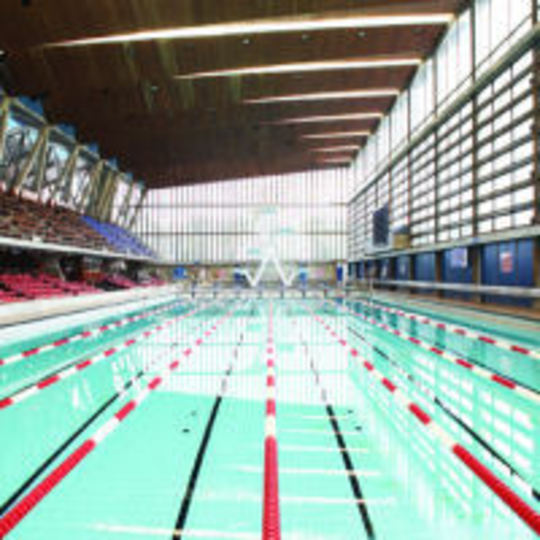 So what did happen to the class of 2006? Larrikin Love imploded less than a year after releasing their first and only long player; Mystery Jets have seen more peaks and troughs than the combined infrastructure of Kilimanjaro and the Pyranees; Les Incompetents and Fear Of Flying changed in both name and direction (for better or for worse depending on which part of the fence you happen to sit); The Holloways and The Young Knives still plod on merrily, enticing the decreasing few that still actually give a damn. Indeed, only Jamie T and The Maccabees have genuinely prospered from a collection of UK artists tipped to create an exciting 21st century vision of Britpop. While some will no doubt scoff at other people's misfortunes, it is a major concern that there seems to be a dearth of artists breaking through with the ambition or capability to seize the mantle like Blur or Pulp before them.

Back then Good Shoes were also a prominent name on the aforementioned list of "most likely tos", and though they achieved a modicum of success around the release of debut album Think Before You Speak nearly three years ago, their star flickered and burnt out quicker than you can say Morden, their not-so-celebrated hometown. One of the regular criticisms aimed at Good Shoes was that for all their good intentions and occasionally chaotic live shows, they seemed to lack that extra spark, grasp of desire, even, to elevate them to the next level. Even the production on that first album seemed to dilute their sound, adding a watery dementia to the spiky excitement of their early demos and formative live performances. Nevertheless, that they've stuck to their guns despite losing the odd band member along the way and regrouped to create a follow-up record should be applauded, in part at least.

While the ensuing period between albums one and two has been quiet in terms of public activity, it's fair to say Good Shoes have been working hard in terms of trying to come up with a formula that this time they were listening to more than just their cool uncle's Gang Of Four and Wire collections. While new bass player Will Church - formerly of capital based also-rans Vincent Vincent And The Villains - may have played no part in the songwriting or recording process for the record, the mature sounding, rumbling bass-led howl of No Hope...'s mid-point 'Our Loving Mother In A Pink Diamond' is a spectral throwback to the sounds of his former suitors, while 'Everything You Do' and maudlin closer 'City By The Sea' both echo sentiments laid bare by Damon Albarn and co. on their 13 opus and its eponymous predecessor at the tail end of the Nineties.

The main problem with No Hope, No Future, though, is that very little here stands out above the accepted and expected norm. At times, there's a feeling Good Shoes have almost resigned themselves to a destined state of mediocrity. 'Do You Remember' and 'Times Change' are shadows of the spunky innocence which perpetuated Think Before You Speak, the former coming on as some kind of laboured pastiche of that record's 'All In My Head', while the latter drifts by aimlessly. Other times however, there are moments such as the excellent 'I Know' or album standout 'Then She Walks Away' where all the early promise does come to fruition after all. Rhys Jones' unmistakable drawl, coupled with the catchiest guitar hook this side of The Drums' 'Lets Go Surfing', make the penultimate '...Walks Away' their most insatiable four minutes to date, and at least suggest with a little more perseverance Good Shoes may have it in them to make a wholesome, inspired album yet.

Unfortunately, No Hope, No Future doesn't come up to the mark, and while one man's average is another's state of contentment, one would expect an outfit with the undoubted potential Good Shoes possess to settle for that little bit more.