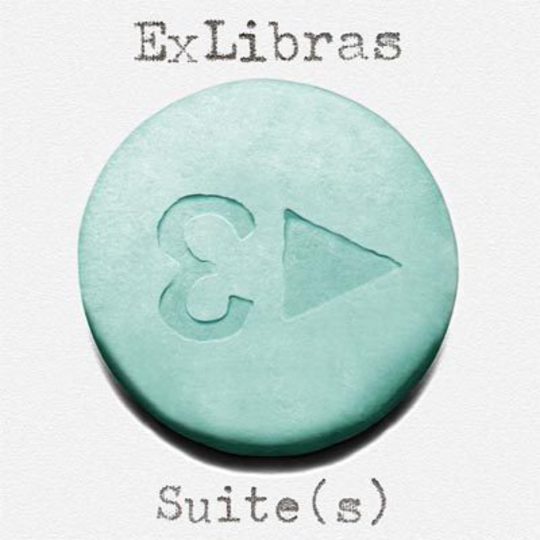 2000 wasn’t filled with the sense of anticipation you’d expect from a British alternative-band scene eager to step over the rotting corpse of Britpop towards bright, unexplored pastures. In fact, when Radiohead released Kid A, with barely an axe in sight, it cemented an anxious, apprehensive view of the new decade. Since then, though, we’ve been reminded of the simple thrills of our English rock linearity (The Libertines, The Arctic Monkeys), been taken to the dance floor (Franz Ferdinand); and eventually, via the internet, found ourselves faced with so many hyphenated sub-genres, that the trepidation of our early noughties guitar music has been drowned out by the sheer array of voices clamouring to be heard.

Yet underneath it all, that quiet voice of unease hasn’t gone away; London, most notably, has seen the rise of groups whose cup is rather half-empty Sian Alice Group, and of course the recently stratospheric The xx to name two. You can add Ex Libras to that list too. A three-piece that formed in a Hounslow library, they describe themselves as “post-breakbeat”, a term coined owing to their attachment of hip-hop beats to a panoramically instrumental sound.

Influences aren’t far from the surface however; their description of the video for recent single ‘Radar’ on Youtube reads thus: “[it] stemmed from an abstract sensation… I could picture the world slowing down to barely visible movement. Everything started to lose gravity and feel dream-like.” If this sounds uncannily similar to that of a description of the video to Radiohead’s ‘Street Spirit (Fade Out)’, then it’s not the only likeness that Ex Libras have borrowed from Oxford’s favourite sons. Suite(s), as well as being steeped in post-rock, is firmly indebted to the DJ Shadow/Aphex Twin apex that formed the basis of Thom Yorke and co’s leap from ‘apocalypse fearing rock band’ to ‘apocalypse fearing electronica ensemble’. Sometimes this debt goes too far; the abrupt guitars toward the finish of ‘Sum Numbers’ are direct bedfellows of Yorke’s ending to ‘Harrowdown Hill’, whilst ‘Audio Video Disco’ rips its mid-part straight from the glitch-heavy heart of the seminal ‘Idioteque’.

What Ex-Libras do possess is a solid vision of the aesthetic they want to convey. Suite(s), their debut LP, is the sound of a city slowed down, of a pre-morning twilight where revellers descend from their highs and commuters are yet to stir. Like the aforementioned xx, the west London group at times place as much emphasis on what comes between sounds; gaps of silence create atmosphere as much as the more orthodox post-rock crescendo structures found on here do. For an example, look no further than first track proper ‘Underachiever’, where vast space exists between lo-frequency dub beats and vocalist Amit Sharma’s ethereal falsetto; these polar-opposites are sparingly interrupted only by a constant singular piano key and guitars that drift out of the shadows, only to disappear within them again. Contrast this with the more traditional post-rock leanings of ‘19:04’; the sort of stratosphere-reaching pay-off that’ll please fans of Explosions In The Sky. Here, Ex Libras tease the listener for seven minutes before swapping minimal textures for an all-encompassing monolithic sound that swarms all over Sharma’s howling vocal.

And between that? Five tracks intended to pull at the gut of our emotions that, for some reason or other, fail to make their mark. The shorter efforts aren’t the problem. ‘Radar’ is a perfect three-and-a-half minute encapsulation of what the trio are about; a constant shift in styles between hip-hop percussion and intertwining guitar and key melodies, before gaining a tumbling momentum towards the finish. But when Ex Libras try and aim for sustained tension on ‘Phatknickers’ and ‘Audio Video Disco’ they fall short; passages drift by without ever really embedding themselves in the listener’s conscious. Sure, ‘19:04’ does work, but only after these two failed attempts. An ultimately frustrating listen then; Ex Libras possess plenty of ideas, albeit not all their own, but struggle to really pull the listener into their intended world of uneasy slumber.

Whilst the voices of discontent may be murmuring again in the capital, Suite(s) isn’t quite the one that’s going to make itself heard amongst the shoegaze-revivalists and synth-poppers jostling for position above it.