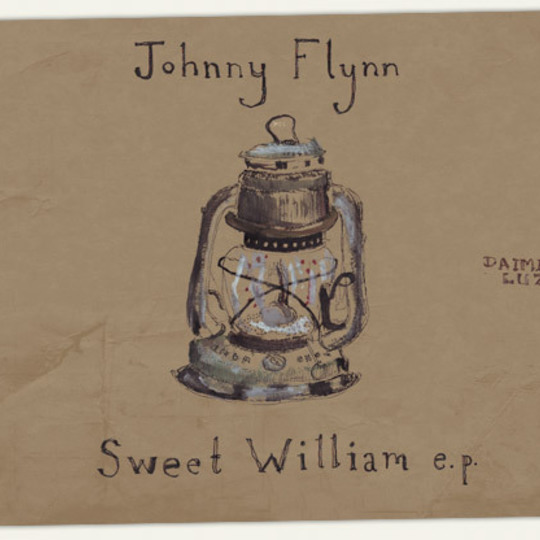 London folkist Johnny Flynn is a slightly strange one. Having put out one of the most well received and well-rounded debuts of last year, occupying the same company, quite literally, as femme-folk's Laura Marling, A Larum, yet it never quite got the attention it deserved, and there's been little talk – positive or negative – of him since. Now, however, he's got round to releasing his old-fashioned troubadourism on an all-new four-track EP, Sweet William.

Here is a man who sounds both far beyond his relatively tender years, and possesses the talent and song craft which suggests similar. If I had to put a number on it, I'd say 38 years, if only judging by his rich, weather-beaten baritones. Things begin with 'The Mountain Is Burning', which opens with typical fleet fingers crossing the fretboard, before lurching into an equally harmonic verse and chorus. Far from typical in this genre, everything on here has a degree of catchiness – nothing drifts for long enough to be forgettable, and the double-tracked vocals give melodious clout throughout.

OK, so there exists not a great deal of progression or change in direction or tone on this EP, but this is hardly a prominent a peg to hang your criticism, given that it's an inter-album EP, and that he's found his sound, there's not a particularly strong argument to be made for searching around for new sonic or melodic directions. 'Trains (Rose, Mary & Time)' is the weakest of the quartet, yet still manages to entertain, if only modestly. The title track does a little more, however, testing the range of Flynn's baritone. It's an oak-smoked number, with the final line of the chorus (“Smile in the arms of Sweet William's embrace”), mirroring the effect the song has on the listener.

The flicks of strings and fancy accompaniment are pleasant and important enough additions, but without a good base from which to add, there's nothing – like eating Christmas dinner with all the trimmings, minus the meat (apologies to any vegetarians here...). There is, however, a little step-off from the track in EP closer 'Drum', which marches purposefully and solemnly, drawing on some “found” percussion for backing, as well as the sort of drunken trumpeting which only ever sounds endearingly Eastern European. Like Beirut do, yeah?

Sweet William is characteristic Johnny Flynn, and not one track on here wouldn't have made the cut for A Larum. For that reason it's hard to sum-up an EP like this – the four tracks featured are an effective coda for the long player which preceded it. Most should be happy to entertain Flynn in this mood for a little while yet.