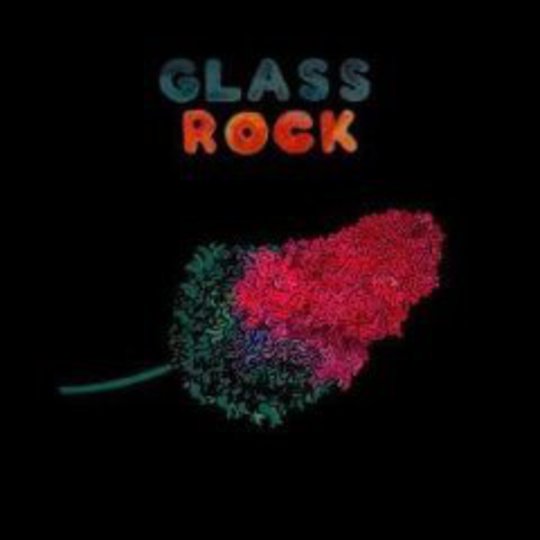 Glass Rock’s debut is a collaboration between the gentle glow of Tall Firs, and the lilting European (influenced) pop of Soft Location. Born out of a mysterious hummus-hut meeting, Tall Firs Meet Soft Location combines the delirium of Portishead with the more soulful, human side to Massive Attack.

From the smoke on glass opening of the title track, Kathy Leisen’s vocal is a killer; chiselled and strung out amidst the post-soul instrumentation of wiry guitars and effortlessly cool bass, her tones are sheer temptation, a spiritual step-daughter of the late Mia Zapata. A deep cut groove is underpinned by a sense of darkness as the longing beneath Leisen’s words reveals the ill-judged pride of a wounded woman.

Leisen lays her demons on the table, fragmented and crawling but effervescent in the gloom. ‘Possession’ is a glassy eyed stare; the sound of a band hitting their stride with a beatific, sedate beauty. As Leisen swoons “I tried to touch you once… it can’t be done” over fractured melancholia, she is the perfect one part Cat Power, one part Zapata.

The fact this record was recorded and mixed in two three-day sessions makes it an even greater triumph. Leisen’s lyrics are perfectly measured against the skeletal guitars of Mies and Mullan and the rich rhythm section that anchors it all.

At times this sounds like a 20th century compendium, styles-wise, but Tall Firs Meet Soft Location effortlessly bleeds cool, without any pre-meditations of doing so. ‘Lion Dance’ is pure seduction and Leisen’s vocal is deeper and richer here than elsewhere on the record. The histrionics of ‘Golddigger’ might chill and excite but the intricacies of this record by far outstrip its sonic gymnastics.

Moderation is the key here – the balance between sadness and beauty is fine tuned, with each movement perfectly calculated. To pick a highlight is tautological; Glass Rock is a pairing of brilliance crafting beauty from the sound of defeat.

Despite the shadows cast over it Tall Firs Meet Soft Location is not a record dogged by ghosts. At times it might sound haunted but this is far from imitation, Glass Rock are beyond clinical; this is not Martha Reeves, Cat Power nor Sam Cooke. This is the sound of a dying decade; smooth, bleak but with an unerring beauty.

The second half is where the soul comes to the surface. Velveteen graces is underpinned by heart-aching beauty; as Leisen croons, “You’ve never been lonely, that’s a sin”, it could be the saddest moment on the record. Or at least it would be, were it not for the undeniable beauty of ‘Take it Back’. Here meandering guitars find Leisen floating, as an ethereal earthiness permeates every subtle stroke, as Glass Rock create a sense of closure to perhaps one of the most compelling collaborations of the decade.

Tall Firs Meet Soft Location is a record that will to many, have come out of nowhere. There are no expectations lingering, ready to de-rail the ambition here. Whether this is an epitaph for a band still-born or the first shot from a fresh canon Glass Rock have created a record that makes for a refreshing change as the white-boy indie cavalcade marches on. Glass Rock might seem like the perfect proposition on paper, and in practice they’re every bit as good as they should be.