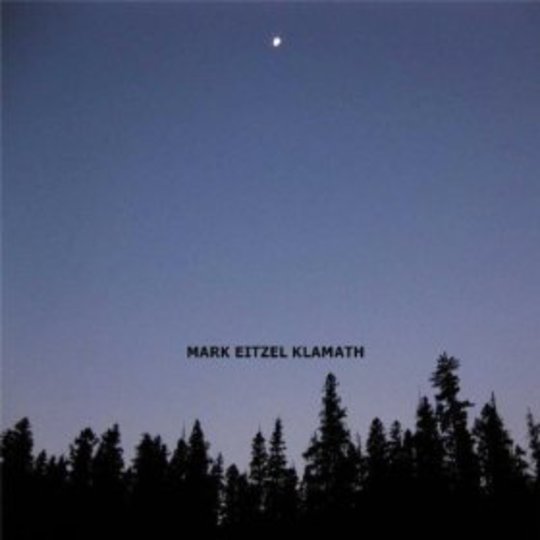 It goes without saying that Mark Eitzel has traveled a rocky road since American Music Club debuted with The Restless Stranger in 1985. His story reads like a Bukowski novel, where a down-on-his-luck lounge singer faces his demons and the only catharsis comes in the form of life goes on. Despite the lack of mainstream success, AMC found its audience (primarily in Britain) and made several rather brilliant albums in the late Eighties and early Nineties. In 1991, even the perennially out of touch Rolling Stone awarded Everclear Album of the Year, Eitzel Songwriter of the Year honours, and for a brief moment in time it seemed as though the story might have one of those unlikely happy endings after all.

It wasn’t to be, of course. At least not in the way a township might anoint its hometown heroes by naming schools and streets after them. Not yet, anyway. AMC split after 1994’s San Francisco, with Eitzel embarking upon a solo career. Although he’s shown flashes of his former AMC-self - the superb electronica-influenced Invisible Man comes to mind - Eitzel’s solo work has been inconsistent, suffering from a largely homogenous sound. In recent years, AMC has reunited for two albums that lean more toward a rejuvenated collaboration of AMC’s principle members, Eitzel and Vudi, rather than a last hurrah for an underappreciated band. So it’s with great anticipation we come to Eitzel’s first proper solo album since 2001.

Klamath is supported by Eitzel’s calling card of effortlessly weaving moral outrage with the realisation he may be as much the problem as his ideas are solutions. Self-loathing permeates songs like the somber finger-picked folk of ‘Why I’m Bullshit’, the central theme being unable to summon enough passion for the object of his affections. He sings, “You’re beautiful, you’re always there,” in a way that suggests Eitzel may not be. Fortunately, amidst this dreary worldview there's always a ray of hope, expressed in songs like ‘I Know There’s Someone Waiting’, which acts as a necessary counterbalance. Nobody wants to join a pity-party, not even a darkly poetic one. On ‘I Miss You’, Eitzel sings, “I’m haunted by regrets, and I can’t find no peace,” replacing regrets with debts in the next line. At face value the sentiment is borderline cliché, but Eitzel’s quietly magnetic baritone is a reminder why writers find it so appealing to create morally flawed protagonists. There’s just something that compels people to root for the underdog.

Much of what makes Eitzel’s best songs standout are the eclectic outbursts, where he might suddenly kick things into overdrive. Sadly, the instrumentation on Klamath too often finds itself in an underwhelming position, a bit too bland to make for an exciting recipe. That is, at least until the final track, ‘Ronald Koal Was A Rock Star’, where the interplay of guitars at a faster tempo provides a nice contrast to the speeds (slow and slower) of the previous 11 tracks. The song even manages to sound like Eitzel is having a good time, taking tongue-in-cheek pot shots at rock stardom (“Once I said, he was far too Bowie / He said, Oh baby, you’re so tired”). While fans will be pleased with Eitzel doing what he does best, turning alcoholic rants into strangely evocative allegories, it’d be nice to hear the musical backdrop afforded greater opportunities to punctuate his lyrics.