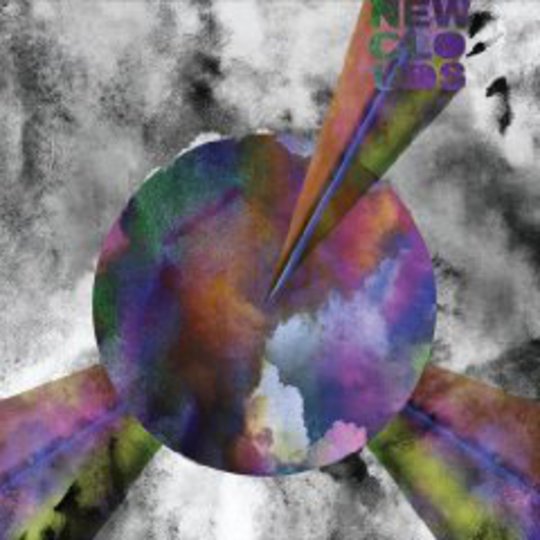 Shitgaze is dead. The keys to the zeitgeist have been handed over, shamefacedly. The scrotty punks have had their time and at the helm, but they abused it. Drunk on power and high on god knows what, they shattered our eardrums with their swarm of insects lo fi before leaving their burnt out vehicle at the side of the road to be pillaged for evidence and inspiration by all and sundry.

Those pillagers included a bunch of space cadets, loop freaks and acid eaters known variously as hauntologists, hypnagogic pop or numerous other handles. Taking their cues from the same DIY punk ethic that fizzled through shitgaze’s amplification, they’ve brought a more heady worldview, with leanings towards krautrock and a willingness to sift through the trash of mainstream culture and take the shiniest remainders. They’re rock music’s recyclers, if their own interviews are to be believed.

White Rainbow has been plying his trade for a good few years now. The man known to his parents as Adam Forkner. Has released a series of bedroom pyschedelia noodlings on Kranky since 2007. New Clouds, however, comes at a time when the aforementioned underground is bubbling over with artists similarly in love with the concept of ‘wooze’: see Ducktails, Sun Araw and the mighty Emeralds. But Forkner’s clearest reference point is krautrock: the overextended shifting textures of an album on which the shortest track clocks in at over 12 minutes bring to mind German drone pioneers Tangerine Dream or Popol Vuh.

Despite this, opening track ‘Tuesday Rollers and Strollers’ sounds like it was recorded on a beach, rather than in a secretive hippie commune somewhere in the Black Forest. A shimmering synth line hovers over looped maraca sounds and voodoo drumbeats, as layered chants fade in and out. Like Sun Araw, there’s more than a hint of a So-Cal ethos as the track wanders and fizzles to a gloopy sounding conclusion.

It’s this slightly murky, dubby and at times afro-beat-like influence which ties White Rainbow to current darlings like Skaters. There’s the same beachcomber attitude towards track assembly, the same confusingly Eighties MOR vibe running alongside those swooping textures and drones. ‘Major Spillage’ steals some driving drumbeats and echoing vocal sounds that could well have featured on a Toto record, and yet; as the track builds, Emeralds-esque buzzsaw synths and gigantic waves of bass ebb and flow to create something altogether darker.

This is as good an example as any of the odd air that surrounds New Clouds (and plenty of other hauntological compositions for that matter). Many listeners will be put off by the sheer length and laborious pace of the record, but for me the frustration is at the defiantly uncool influences creeping into their sound. At times I find myself grinning as a beautiful wave of drone washes through the ebbing sounds, at others clenching my teeth at chanted yoga-musak for serial muesli eaters.

So in the end, all the ‘hauntologists’ have done is confused me. Why are things that were crap even in the Eighties no longer crap now? Should we recycle trash culture as we recycle trash plastic toys? After many tormented hours I’ve given up analysing those questions and decided to stop thinking and drift away. Happily, New Clouds is as good a record as any to soundtrack disconnection from deep thought.