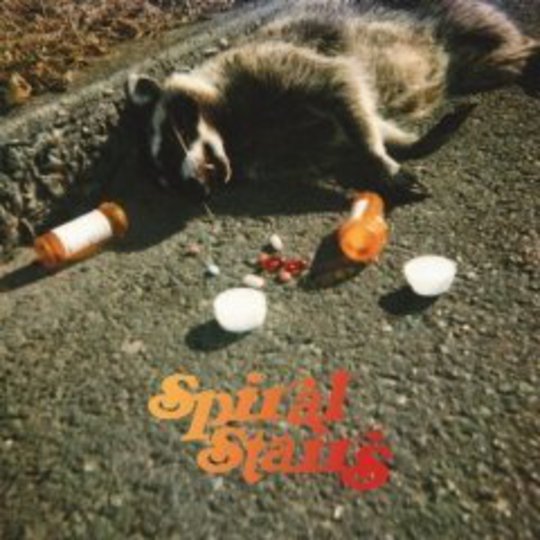 Timing can be a real bitch sometimes. You spend four years crafting your first ‘proper’ solo record, pour your heart and soul into, only for your seminal former indie band’s prima donna lead singer to decide it’s the right time to get the old gang back together, consequently blowing your big news clean out the water. Can’t a guy catch a break? Sure, there’s the possibility that the big news might grant your record a few more column inches, but it’d be nice to be appreciated on the grounds of your own work and not on former glories. There’s really only one option – adopt your old stage name and suck it up. Press is press.

Undoubtedly there’s a certain amount of exaggeration involved but it is somewhat unfortunate that this record happens to be coming out in the same month that the Pavement reunion was announced. When you’re an ex-member of such a notable band you can expect a certain amount of dwelling in the past, but given the news I’m sure every review of The Real Feel will spend an unproportionate amount of words talking about Pavement (it only took me 147 words to drop the ‘P’ word) instead of concentrating on Spiral Stairs’ work. The more cynically minded might see the timing of this release as a clever ploy to garner more press coverage and more exposure than it would typically create. Coupled with the fact that it’s being released under his old band moniker Spiral Stairs, it’s sure to raise at least one eyebrow. Having said that, Scott Kannberg has always been fairly accepting of his placed in indie rock history, having previously recorded under the banner The Preston School Of Industry, cribbed straight from a lost Pavement classic. But the point remains – timing’s a bitch.

Now all this talk could be dismissed as mere conjecture, a simple case of smoke without fire, but considering that Kannberg delivering the lines “did you apologise for the shallow times and missed opportunities/was the writing in the sky a sign for you and I?” (‘Call The Ceasefire’) and the aforementioned burying of the hatchet, it does make you wonder. Elsewhere, ‘Wharf-Hand Blues’ throws up the line “what went wrong for you?” which coupled with “the divorce was no surprise” (‘A Might Mighty Fall’), suggests that Spiral Stairs is trying to iron out some demons post break up rather than his working relationship with Malkmus. Still, they do say being in a band is like a marriage.

In Pavement, Krannberg was never responsible for the main bulk of song writing, with each album having maybe two songs to his name. On The Real Feel it seems that he’s buckled slightly under the pressure of having his own full length, with his own space to breathe and experiment, and has instead decided to play it straight down the line. The main flaw of The Real Feel is Krannberg’s inability to deviate too far from two basic forms. There’s the straight-ahead blues rock number, or the quiet, more contemplative alt country number. The one-two punch of ‘True Love’ and ‘Call The Ceasefire’ gets things off to a good start, perfectly demonstrating Krannberg’s abilities at rocking out or doing a Neil Young impression but by the mid way mark of the album, attentions start to wonder and everything gets bogged down. ‘Stolen Pills’ provides a change in speed and feel and almost manages to shake things up enough but by then it’s too late, and most of The Real Feel just seems like one long plodding song, not instantly forgettable, but not instantly memorable.