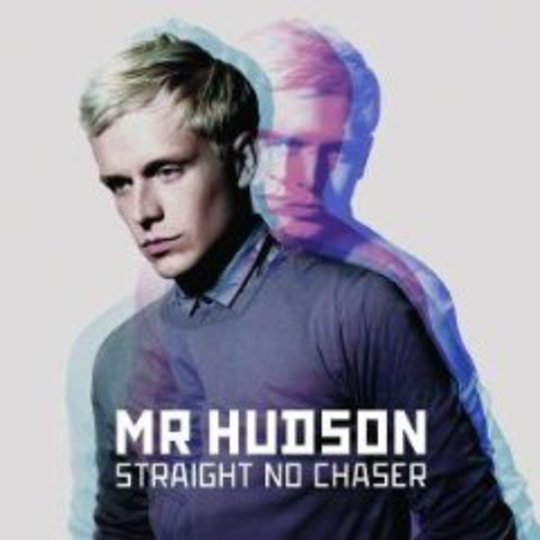 Mr. Hudson was never going to have it easy from the critics. The well brought up ex-grammar school type, with his known penchant for trilby hats and tendency to quote polite English literature in his songs, was a target from the start, by the simple fact that he looks neat, speaks nice, and makes music not totally unlike the music of Sting. Now, for second album Straight No Chaser, he’s dropped the backing band with whom he made his name and gone to Kanye ‘LOLZ’ West’s studio, plunging himself wholeheartedly into slick, West Coast R&B and presumably getting his face stuck in a vocoder in the process. It looks cynical on paper, and all his most recent video feature long-limbed ladies rolling gratuitously around on beds. There are going to be some haters.

But let’s keep the knives in. It’s possible that some of the girls in that video are just paying their way through medical school, and, it turns out, the reason Mr. H has started hanging out with ladies who wear bikinis even when they’re not swimming is not because of some sinister career plan, but because West genuinely liked his music and sought him out. And Kanye West, no matter what you think of his contributions to topical stand-up, is one of the greatest producers of his generation. You’d say yes, you’d have to, because you’d know it would be that good.

Strangely though, while West’s contribution technically is that good, it’s not actually the thing that makes this record. In fact, it gets in the way. It’s expertly handled, with hooks presented appropriately so that you don’t have to seek them out, and choruses to drag songs straight to the top of the charts without anyone even listening to them, but judge this record alongside anything else that West has produced, and it sounds weak. Judge it as a Kanye West production, and you’ll note that Mr. Hudson’s voice doesn’t stand up to the pomp of its backing tracks, and that the only time some of the songs come into their own is when Kanye takes a verse. Take lead single 'Supernova'; by the time West has completed a verse and chorus, Mr. Hudson sounds like a member of the entourage roped into the studio for a photo opportunity. As he sings himself on Knew We Were Trouble – “I’m just a boy from Birmingham, another imposter on a major label roster, how did I get here?”.

No, if you want to see this record for what it is, ignore the gloss, and look to the lyrics. A good lyricist illuminates a slice of their existence and shares it with the world, and in Ben Hudson’s lyrics we have a glimpse of what it’s like to be a vaguely posh Londoner, hovering around 30 and circling the edges of the it-crowd. It sounds a lonely existence, compounded by the thing that forms the heart of this record, which is clearly the end of a serious relationship. If you’re interested in people’s reactions to these things, then don’t overlook this album. Mr. Hudson’s notes on his break-up are so honest you’d call them generous. They’re sensitive, but tinged with the hardness of masculinity, as on 'White Lies', where he sings, “Sometimes good men do bad things, just as bad men can do good, tell me which way you like it.” He’s a good judge of how to set a scene as well. Take the opening of 'Knew We Were Trouble': "The way you look at me, could be in an old film in black and white, but you’re hair’s too short and your jeans are too tight", or 'Stiff Upper Lip', which starts, "now I’m walking back to my place, which is soon to be your place." It’s all much cleverer than it looks on first glance.

What’s also surprising, for a mainstream R&B album, is that the word ‘baby’ appears only once. Instead we have the idiosyncrasies of Ben Hudson’s songwriting and its unexpected rhyming scheme – a steadfast English voice honing in on details like stiff upper lips, slightly-too-tight jeans and broken family crockery. While others in his place would talk up the glamour of a high-flying life, he sings on 'Central Park' "I say 'I’m staying at the Hudson, I like to see my name above the door'". It’s a talent for smallness in spite of showy surroundings, an Englishness that’s as convincing as anything Jamie T, Mike Skinner or Lily Allen has produced, infiltrating the upper echelons of the American music establishment. And, ultimately, it’s this Englishness, rather than its American champion, that makes Straight No Chaser truly worth the effort.