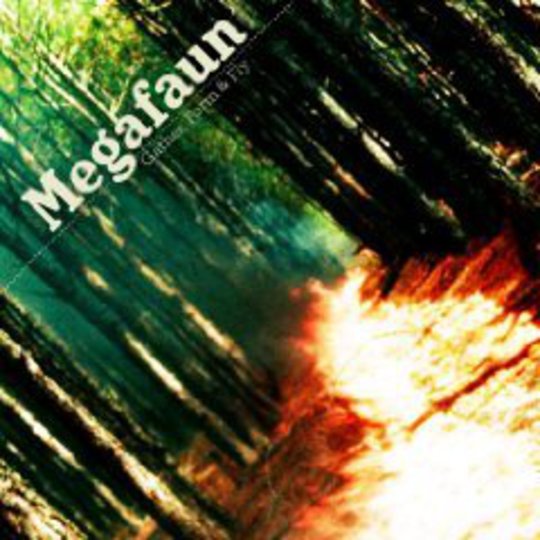 Right, let’s get one thing straight before we begin. Lazy, derivative music is a Bad Thing. You already knew that. Exhibit A: the existence of Jet. Res ipsa loquitur, the thing speaks for itself.

This irrefutable truth does, however, mean that the burden of the canon looms large in my mind whenever I size up ardent Young Turks. You’re a critically fawned-over female singer-songwriter? Leave me alone; I’m listening to my Joni Mitchell records. Noah and the Whale’s break-up album? It’s not quite as eloquently poetic as Jackson Browne’s Late for the Sky is it? And that’s without even mentioning Blood on the Tracks. Why would anybody choose a Big Mac when there’s so much digitally remastered steak available?

So it was with a gnawing sense of trepidation that I approached Megafaun’s Gather, Form & Fly. I’d been told that they capture the harmony-based essence of Crosby, Stills & Nash. I’d been told that they’d written a song about Gram Parsons’ corpse being stolen and cremated by his road manager – a fact that marks them as aficionados either of great myths of Americana or of Johnny Knoxville movies. I knew what to expect: a band in thrall to the past giving me a tour of pleasant but familiar sights, like being forced to sit through a slide show of my own travel photos.

What they deliver is something altogether more exhilarating, a tapestry of sound collages and a freedom with form which creates a richly textured whole. In places, they could be a mellower Animal Collective. Lyrically, the three different songwriters give Gather, Form and Fly breadth and depth as well as a pleasing sense of self awareness. On ‘Impressions of the Past’ they sing of finding truth not in a daubed representation of the past but in their “perspective anew”, which could be the mantra for their whole sound.

Admittedly, there are easily recognisable roots. You can find a thread which runs from the aforementioned Gram Parsons and CSN to The Band and Workingman's Dead-era Grateful Dead all the way through to folk-rock revivalists such as Fleet Foxes and Bon Iver. At this point it’s obligatory to mention that the three members of Megafaun, brothers Brad and Phil Cook and Joe Westerlund, used to be in a band called DeYarmond Edison with Bon Iver’s Justin Vernon. There’s an undeniable familial resemblance, but it would be to do this record a massive disservice to suggest that it owes anything to Vernon’s success. Megafaun are big beasts, able to stand and be acclaimed on their own inventive merits.

It’s an album built on shifting sand, moving effortlessly from the woozy blues rock of ‘Solid Ground’ to the lazy funk of ‘Columns’. On ‘Darkest Hour’, the sounds of a storm are punctuated by a raucous sing-along, while ‘Worried Mind’ and ‘The Longest Day’ are delicate folk, the latter gorgeously augmented by a guest vocal from The Tender Fruit’s Christy Smith. ‘Impressions of the Past’ shifts through about four completely different songs before the vocals even kick in. Somehow though, despite the variety it’s a resolutely cohesive album. I don’t hear a single, but that’s a good thing, right? Megafaun are evoking a bygone age, when men were men, women wore flowers in their hair and long-players were built to be listened to. Fuck singles.

Gather, Form and Fly easily confounds grouchy, 'wish it was the Sixties' expectations. It is a record which drinks deeply from the well of the past but could only have been made today. Megafaun have cast off the weight of the canon and are spreading their wings.