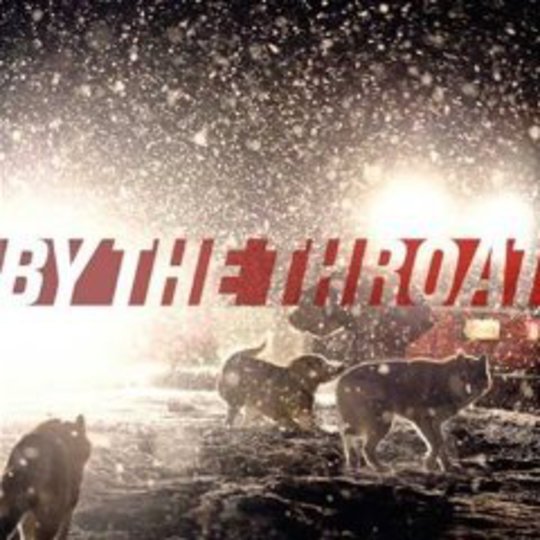 Instrumental music tends to conjure images as well as purely aural sensations; colours at the very least, if not more representational forms. Australian born Iceland resident Ben Frost had influenced what By The Throat 'looks' like to me before I'd even heard it, memorably telling the Krakow Post its visual palette is “like the glow from a lava flow, or a burning church.”

Add the screams of the dear currently departing echoing in your ears, a blind run through a snowbound Romanian forest pursued by a pack of ravening wolves, and only the Mystery Man from Lost Highway for company and yes, that’s pretty much what By The Throat, a relentlessly hostile construction, conjures in your mind’s eye.

Frost rightfully won widespread praise for his 2007 album Theory of Machines, which should represent an essential part of any serious collection of recent electronic music. The shards of extreme digital noise that erupted periodically throughout that album are present on By The Throat, but its contrasting moments of blip-filled calm are largely absent: this is a dense, claustrophobic and for the headphones-wearer frequently painful experience.

Wasting no time in announcing its intent, ‘Killshot’ begins with a hesitant but intricate metallic melody before a huge arm of grinding sound sweeps up through the mix, rising into a fuzzy drone before being cut back to a solitary bass pulse. The process then begins again, the abrasive signal turning on itself as treated piano – close to the harpsichord-like sound John Barry favoured – plucked banjo strings and a live-sounding scraping of uncertain origin flitter above it.

‘Killshot’ bleeds directly into the lupine tension of ‘The Carpathians’, gnawing strings swelling over wolf growls that start so low and creaking as to sound like a ship's engines. By the time the respirator-led ‘O God Protect Me’ begins it’s difficult to tell if that’s a title or an unfriendly suggestion as to what you should be begging for. The main vein of terror isn’t even tapped, however, until several tracks later on ‘Peter Venkman Part I’. Named for obscure reasons – at least to me – after Bill Murray’s character in Ghostbusters, ‘...Part I’ sends astringent beams of monotonous chanted vocals peeling past above scraped cellos and a cyclical piano part, the blocks of enveloping noise alternately fraying at the edges and dissolving or contorting themselves into a painfully sharp digital hail. Some sort of respite is briefly offered on ‘Peter Venkman II’, but the soothing balm of its horn playing, similar in mood to the dolorous brass of A Silver Mt. Zion, is nevertheless corroded down into fratured signals at irregular intervals: beauty exists here only as something to be knocked down and trampled.

Such sonic ambushes infest By The Throat. In the midst of the beautiful descending piano chords of the Twin Peaks referencing ‘Leo Needs a New Pair of Shoes’ a blade of static erupts without warning, coming to life with an extremely high-frequency version of a distress flare’s hiss. Once this has faded the track’s coda becomes the most beautiful section of the album, clean descending string-playing blending with a more frenetic bowing and echoing wolf cries.

A striking moment in an album that’s rich in them, ‘Leo...’ stands with the earlier ‘Híbakúsja’ as the most conventionally musical pieces on the album. The latter, with a melody reminiscent of Hauschka’s autumnal melancholy, metamorphoses into a stunning roiling compact of pained human breath, serrated slashes of random frequency and spurts of electronic noise flapping across the stereo channels.

Extraordinary as that is, the album’s closing trilogy – ‘Through the Glass of the Roof’, ‘Through the Roof of Your Mouth’ (these featuring some cacophonous drum damage from Arcade Fire’s Jeremy Gara) and ‘Through the Mouth of Your Eye’, impress all the more for burying the piano at the very back of the mix. Front and centre are muffled bass thumps and dissonant string scrapes, bleeding machine growls and competing found-sound whines. The subliminal bass tones and distant gentle melody of ‘Through the Mouth of Your Eye’ might leave us wishing that Frost, an accomplished conjuror of beauty in the midst of hellish noise, had displayed more of this aspect of his huge talent on By The Throat, but for now it’s enough for us to warm our hands by the flames of that burning church, one eye on the darkness at our backs.