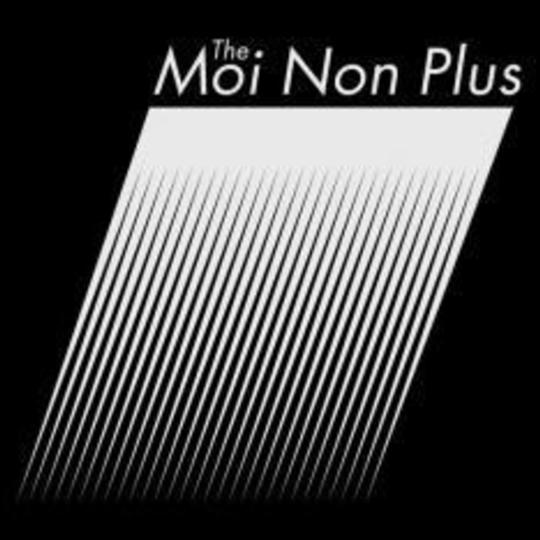 If cultural stereotyping would suggest the Dutch are an altogether placid bunch, then Amsterdam duo The Moi Non Plus and their self-titled debut album are happy to change your perceptions for the louder.

There are no laid back pleasantries to be found here. What we get with these Netherlands natives is a dissonant aural treat. The characteristics of their sound balanced somewhere between the pounding, low end tenacity of Death From Above 1979 and Sonic Youth’s more arty ambiguousness. Album opener ‘Ha Ha Ha’ is no laughing matter, setting the stage for over 30 minutes of brash guitar noise and athletic drumming. This isn’t to say that the record is linear or one-dimensional in content, as it certainly tries its best to diversify in texture. The almost avant-garde experimentalism of ‘I Lie’ and ‘I Am One’ manage to provide sufficiently different and interesting tones without detriment to the album as a whole. The post punk drone of ‘I Want It’ has an air of something vaguely resembling Joy Division. The tracks ‘Wake Up’ and ‘Sudden Impact’ even manage to bring melody into the equation amid the ruckus. There’s even a lingering sensitivity and a certain amount of self-doubt found in the words of ‘What If We Do It Right?’ and ‘Where Is Everything?’ proving that even the meanest of Euro punks have feelings too.

What The Moi Non Plus has done well is explore the limitations of their sound. They’ve take what is at heart a simple set up and expanded upon it for maximum effect. Amid the clanging and chime are interesting sounds, a hidden depth and textures to be found only through multiple listens. The White Stripes, The Black Keys and numerous other two-pieces have been doing this for years to the plaudits of critics worldwide, so they’re certainly in good company.

What their debut album lacks in coherence and cohesion it more than makes up for with its sheer abundance of musical enthusiasm. At times lyrically the band may come across as being rather sheepish young gentleman, still trying to find their place in the greater scheme of things although this is no bad thing. I’m not looking for them to spearhead a campaign against global warming or anything Bono-like, just perhaps to step out of their shells a little and have something to really say. No doubt this will have to come with time and experience.