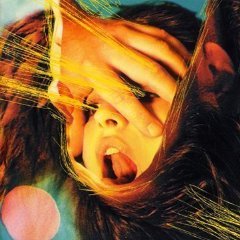 It may yet prove that Embryonic’s biggest achievement is restoring the Flaming Lips’ unpredictability. The entertainer’s masks have fallen away – underneath there are madmen grinning.»

'embryonic' is the latest instalment in the flaming lips strange and compelling journey. the eagerly anticipated album on warner bros records sees the oklahoma natives continue in the same vein that has bagged them three grammys, a brit award nomination and being described as one of the great inventive acts in rock. recorded in new york and oklahoma city between february and july of this year, 'embryonic' features eighteen new songs. the sound is immediately recognisable as the flaming lips, but once more they push the boundaries of sound into uncharted new territory. 'embryonic' was produced by the flaming lips - wayne coyne, stephen drozd, michael ivins and kliph scurlock - with dave fridmann (mercury rev) and scott booker. 'embryonic' highlights a number of special guest appearances: the yeah yeah yeahs' karen o provides additional singing, screaming, animal sounds and noises on 'gemini syringes', 'i can be a frog' and 'watching the planets', mgmt contribute additional playing and singing to 'worm mountain' and german mathematician, thorsten wrmann is responsible for additional spoken announcements.
description from www.roughtrade.com