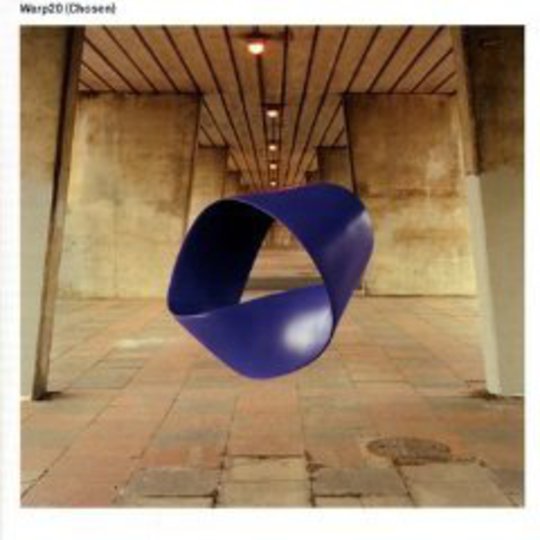 Although the name ‘Warped Records’ existed for less than a few days, the concept offered by co-founders Steve Beckett and the late Rob Mitchell has been successfully gathered by the record-buying public since the label’s inception in 1989. No misnomer, Warp Records' twisted career is positively littered with records that came to popularise definitive moments in dance music's history. From the 500 copies of Forgemasters’ ‘Track With No Name’ flogged from the back of a car, to Maximo Park’s platinum selling A Certain Trigger, Warp continue to add diverse, innovative musicians to their credible and independent roster.

With that in mind, it’s a pleasure to welcome the 24 tracks that comprise Warp20 (Chosen). Split across two discs, Disc 1 features 10 songs as selected by fans on Warp20.net, whereas Disc 2 is filled with 14 of Steve Beckett’s personal favourites. With over 60 artists and thousands of records to choose from, neither task can have been easy, with both discs unlikely to comprehensively represent the label.

Over to Disc 2, where time spent with Steve Beckett as selector yields more exciting and lesser-heard tracks. The most intriguing opportunity offered by this disc is hearing which sounds turn Beckett’s ear. Much like the output of R&S records, the music here bears a communal, nascent feel. Whether you use the uplifting, chemical drive of Grizzly Bear, Black Dog Productions or Seefeel to get you there, the outcomes are frequently euphoric. The incongruous, gangbanging beats of Flying Lotus (‘GNG BNG’) and the complex, deconstructed circuit-smashing doled out on Aphex Twin’s ‘Bucephalus Bouncing Ball’ are of particular note. It’s possible to argue in favour of a greater variety of artists on Chosen, but then arguing about what should and shouldn't make it on to compilations is about as useful as putting clogs on a duck. Beckett has selected songs he has a personal affection for, regardless of whether the artist appears on Disc 1 or not; and that honesty and integrity is part of what makes Disc 2 (and Warp Records, for that matter) so entirely engrossing and enjoyable.

Chosen is not just another bookmark in Warp’s history: it's the brief guide bought by the student that’s not been paying attention in class.