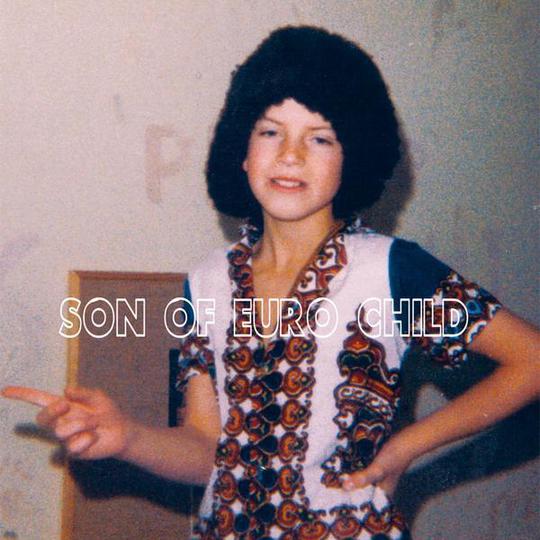 There’s something to be said for Euros Childs’ bloody-minded determination to foist his music on the world. To the casual listener he may appear laid back, in-thrall to the easy life, happy to let his unorthodox words and somber pop tunes land in the laps of a small band of devotees. The reality is quite different. This is Childs’ fifth album in three years, released for free on his website after various dalliances with major record companies and high profile indie labels came to an end. A lack of commercial success and dwindling resources have been swept aside, with the former Gorky’s Zygotic Mynci frontman picking up keyboards from car boot sales to get the job done.

Like his other solo ventures, a direct lineage can be traced from Childs’ earliest musical excursions to Son of Euro Child. He continues to dabble in multi-part Beach Boys harmonies (the mid section of ‘How Do You Do’) and lyrics that accommodate crackpot conceits and touchingly affectionate observations on life and love. His jokey lyrical abstractions sometimes inspire and occasionally irritate, but he lays them over a pleasingly diverse expanse of music, which is principally drawn from his now-familiar love of folk, krautrock, and the tab-of-acid-and-a-cup-of-tea eccentricity of the fabled Canterbury scene.

The coiling keyboard riffs of the opening ‘Carrboro’ and the later ‘Rat-Clock’ could easily have been pulled from Stereolab’s Mars Audiac Quintet, and are escorted by precise Klaus Dinger drums from guest player Pete Richardson. The album is divided between compositions that lean heavily on the keyboards Childs extracted from his rummaging and pieces that are more guitar-oriented. It sounds like he turned to the second side of Bowie’s Low for inspiration on a couple of tracks, notably ‘The Dog’, which is an anesthetized one-note hymn, and ‘The Fairy Feller’s Masterstroke’, which borrows its title from an old Queen song.

The latter is among the most seductive pieces here, demonstrating Childs’ lightness of touch as he combines heartsick piano with a looped sample that sounds like a distant warning signal from a vessel lost at sea. Its disconsolate beauty makes Son of Euro Child worth the (free) price of admission. But Childs loves to temper the balmy with the barmy, and so it goes as he asks, “Do you like mayonnaise? I like mayonnaise,” on the Frank Sidebottom-eque Bontempi pop of ‘Like This Then Try This’. Sadly, Timperley doesn’t get a mention, but the song does demonstrate his propensity for matching sanguine melodies with bleak lyrical notions, only to swing in a drastically different direction as the song progresses. Childs only announces his love for his favourite salad condiment after he declares “life is detritus” earlier in the track.

Much of Son of Euro Child sticks to this path of oddball melancholia, occasionally spilling over into outright silliness (“Don’t you wish your fridge was as cool as me?” he asks on ‘Look at my Boots’) but with enough musical digression to keep it palatable. ‘Harp i a ii AR #1’ is a satisfying departure into Kurt Weill influenced oom-pah, which ends with a recorder solo ripped straight from the dusty surroundings of a high school music class, while ‘Shithausen’ and ‘Son of Shithausen’ are led by whooshing ghost train vocals and bloopy synth noise. His work on sequencing the album, a skill rapidly decelerating as the iTunes store exerts a vice-like grip on the music industry, is impeccable.

Anyone looking for Mynci-esque pop thrills will find them scattered throughout, particularly in ‘How Do You Do’, with its escalating ooh-ooh backing vocals and lyrics about Childs’ desire to have a monkey shit in someone’s shoes. The jumble of words he tries to squeeze into ‘My Baby Joy’ makes him sound like a male counterpart to the Fiery Furnaces' Eleanor Friedberger — a band on a similar career arc to Childs, with both making impeccably crafted idiosyncratic pop for ever-dwindling audiences. And, like the Furnaces’ recent work, Son of Euro Child is a small wonder, a chance to experience an off-kilter slant on the world for 40 minutes, which bustles with musical invention, is full of irregular observations and peculiar characters, but seems destined to fall just out of reach of the wider audience it truly deserves.