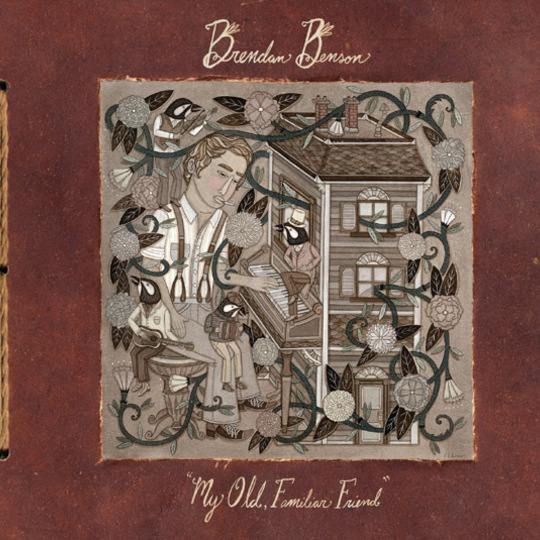 The annals of power pop make for intimidating reading to anyone who fancies chancing their arm at some candy-flossed vocal harmonies and sing-along-a choruses. How do you match up to ‘My Best Friend’s Girl’ or ‘My Sharona’ or ‘Surrender’? And that's not accounting for early trailblazers like Big Star, Badfinger and the Raspberries. It’s a wonder that anyone bothered to continue with the genre by the time 1980 rolled around. With the bar set at an impossibly high standard, power pop seemed sewn up, the masterclass was over, the only way was down.

Of course, that hasn’t always proven to be the case. Teenage Fanclub’s Bandwagonesque and the Posies’ Frosting on the Beater both prodded at the corpse in a satisfying manner. But it’s a difficult formula to get right. Power pop songs are pooled from a small and tightly refined rubric—crunchy guitar lines, soaring vocal harmonies, strident melodies and a ruthlessly efficient approach that shaves off all waste and excess. But there’s a vast chasm between ‘September Girls’ and ‘Stacy’s Mom’, and it’s noticeable that the early power pop practitioners possessed certain traits that most slavishly devoted neophytes couldn’t possibly hope to emulate. Think of the eternally damaged Alex Chilton, the cartoon geek-in-shades chic of Ric Ocasek, the immaculate cool of the Flamin’ Groovies. In short, they had the charisma to match their exceptional songwriting skills, a magic ingredient that will forever be out of reach to Fountains of Wayne and Jimmy Eat World.

Jack White is a performer whose career has partly been built on his innate star quality. If Brendan Benson was looking for some natural charisma to tap into, he couldn’t have picked a better songwriting partner to learn from during his stint in the Raconteurs. Sure, Benson had been around the block a few times and had released three well-received solo albums prior to Broken Boy Soldiers. But his appeal was decidedly cult-like, his name largely unknown, his work lacking that crucial x-factor needed to elevate him above the lumpen pile of power pop also-rans. My Old, Familiar Friend is Benson’s first post-Raconteurs outing, with production values heightened and a curious crowd of Jack White acolytes suddenly on board, or at least curious to hear what he sounds like in a solo setting.

The opening ‘A Whole Lot Better’ offers up the basic formula from which all of Benson’s songs are hewn. Sunny, simplistic lyrics, occasional bursts of rat-a-tat-tat drumming, stabs of fairground organ, and Benson’s gently sad falsetto propagate throughout. He only rarely deviates from this well-trodden path. Sweetly sappy backing vocals swell up and wrap themselves around Benson’s surprisingly strident exhortations on ‘Eyes on the Horizon’, perfunctory string arrangements ripple through ‘Garbage Day’, and a bloopy surge of analog synth marks a slight deviation from the norm on ‘Gonowhere’.

Power pop forbearers the Beatles clearly exert a sizable influence, but so does Elliott Smith (‘Lesson Learned’ could be an offcut from Figure 8) and even Oasis. The opening few chords of ‘You Make a Fool Out of Me’ will trick more than a few listeners into thinking it’s a cover of ‘Wonderwall’, and the song is thematically and musically similar, with dashes of piano and strings subtly added to the mix as the song slowly builds. Occasionally, Benson gets irritatingly insipid; ‘Don’t Wanna Talk’ is reminiscent of the stodgy kiss-me-quick-hat rock of Dodgy’s ‘Staying Out for the Summer’ while ‘Misery’ makes a mawkishly comfortable bedfellow to most of the Stereophonics’ back catalogue.

The milquetoast, wholegrain rock of My Old, Familiar Friend never really rises out of the mire to become anything other than a pleasant and forgettable toe-tapper. Great power pop should sink under your skin and rubber stamp itself on your brain for days, almost to the point of infernal irritation. There’s nothing here of that ilk. Instead, most of Benson’s base lyrical conceits are curiously hollow, with his near constant need to strain and emote falling monotonously flat. It’s jaunty but dispassionate TV commercial music, something to move product instead of hearts. Naturally, not everyone can come up with a ‘Just What I Needed’ or a ‘Cruel to be Kind’, but it does feel like Benson is furiously working away at his chalkboard, desperate to reach that moment when the maths add up and he uncovers Ric Ocasek’s secret hit formula. Sadly, that eureka moment remains out of reach on My Old, Familiar Friend.