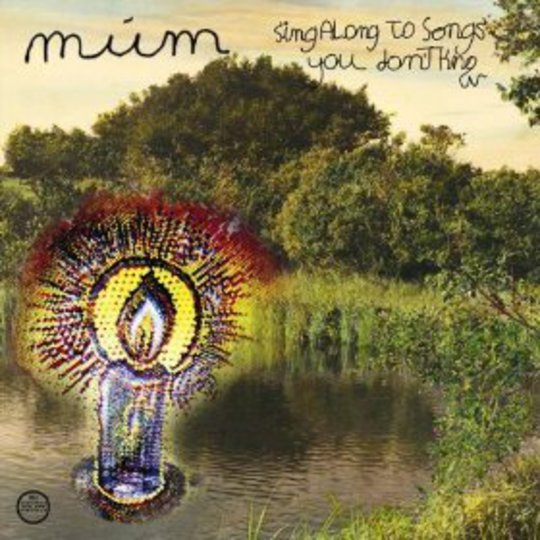 Their fellow Icelanders Sigur Rós may have built a career on taking the intimate and local and revealing it as part of a grander whole, but Múm have always been less about expansive gestures than inner landscapes. Sigur Rós are the cloud clinging to a gently curving horizon; a haze of microscopic plankton in a softly glowing ocean; the zoom-out framing one among five million wildebeest roaming the plain. Whereas for Múm, the smallest of details are a spotlight for secret, solitary fears: bushes rustling at night, wisps of incoming mist, delicate cobwebs springloaded with a waiting spider.

This melancholic wonder framed by twitchy, glitchy, superawareness pervaded Múm’s first three albums. Sometimes, as in ‘Green Green Grass of Tunnel’, from 2002’s Finally We Are No-One, a wan sunbeam or two would break through to warm listeners’ hearts. With the unsettling maritime atmospheres of 2004’s Summer Make Good, however, Múm were only life-affirming in the sense of imparting a collective shiver to remind you of your own frailty.

Much of this was down to the presence of singer Kristín Anna Valtýsdóttire, lisping like a ghost-child tapping at the lighthouse window. But when she left in 2006 – sealing her nuptials to Animal Collective’s Avey Tare with backwards oddity Pullhair Rubeye – Múm’s sound changed. For 2007’s Go Go Smear The Poison Ivy, core duo Gunnar Örn Tynes and Örvar Þóreyjarson Smárason regrouped with new vocalists and a warmer, more outgoing feel that continues on Sing Along To Songs You Don’t Know.

The album was recorded during Iceland’s recent financial meltdown, offering hope that, even if our ethereal songsters might baulk at a lyric commemorating the 18 per cent interest rate, the mood of national discontent would prove richly inspirational. If you didn’t know better, however, you might conclude from the first two songs here that the government’s bailout involved flogging the island as a set to the makers of In the Night Garden. As the hammered dulcimer intro of ‘If I Were a Fish’ tiptoes in, those gossamer webs of yore melt into a sticky goo of candy floss and insufferable twee: "If I were a bumble bee / and you were a puddle / Would I drown in you anyway / In your soggy eyeball."

Worse, ‘Sing Along’ adopts the jolly-up enthusiasm of the kind of faux-cult indie that the Polyphonic Spree are now serving deservedly lengthy sentences alongside Charles Manson for. By the time the massed chants of "You are so beautiful to us / We want to keep you as our pet" build to a cluttered, thumpingly clumsy climax, fleeing to the Philippines and burying your head inside a giant, rat-eating pitcher plant sounds like a more tempting option.

Thankfully – and yes, there’s an element of the kind of thanks you might give to a man as he packs his jack leads away for the night – it gets better. ‘Prophecies and Reversed Memories’ may get its brightest ideas from Tuung, but after the album’s cloying opening, it tumbles and twangs with refreshing vigour, before sinking back into reveries of "long long long long ago".

As distinctive as their juxtaposition of crisp circuit and damp air once was, Múm’s broadening of their sound into a range of instruments has paid off, and the most successful moments on Sing Along… present more varied textures than ever before. Hildur Guðnadóttir and Sigurlaug Gísladóttir may be less vocally distinctive than Valtýsdóttire, but ‘A River Don’t Stop to Breathe’ revives some of the old mystery, setting glassy, clanking marimba and tape loops against strings laden with sharp regret. Political unrest finally surfaces on ‘The Smell of Today is Sweet Like Breastmilk in the Wind’, where a cheery cowbell echoes the pots and pans banged by protesters and cynicism ("Words are only good for lies") gives way to optimism.

By the time rippling lament ‘The Last Shapes of Never’ lets out its final harmonica sigh, most, if not all, is forgiven. Sing Along To Songs You Don’t Know isn’t quite the gaudy-T-shirted teambuilding horror it threatened to be. But Múm would do well to note that a quiet, solitary hum can be just as stirring as a rousing chorus.