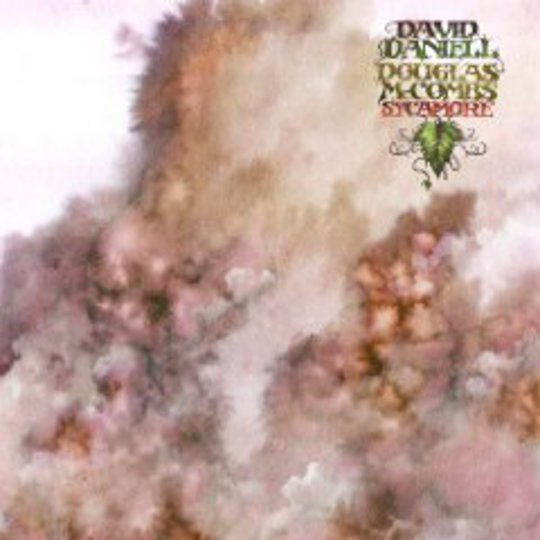 Typically rock and roll is regarded as a young man’s game, that no-one over the age of about 27 should even look at a guitar for fear of embarrassing themselves. But when you consider that the best that youngsters seem to be able to offer at the moment is Bombay Bicycle Club, it does make you wonder what the oldies are doing. Granted, every town has its own Paul Weller-worshipping, Ocean Colour Scene-aping, mod revival dad rock band, but dig a bit deeper and you’ll find that the most interesting records are made by those old enough to buy their own drinks. When you throw in the fact that they’re not over concerned with the myth of 'making it' so that there’ll be little chance of a Raygun style brouhaha, it certainly seems appealing to be sweating to the oldies. Or at least standing still and nodding your head in an appreciative manner. As it stands, David Daniell and Douglas McCombs are old enough to know that being experimental and avant garde doesn’t just mean messing about with the delay your parents bought for Christmas.

As with most experimental records, when broken down to its barebones Sycamore is far from impressive. Essentially, it’s an instrumental record made by two guys playing guitar. On the basis of that, you’d be forgiven for assuming that it sounds like either a) a Saturday afternoon stuck in your local branch of Soundcontrol or b) a Santana record (especially when you spy the curly Seventies-style lettering on the front). But you would be wrong. In fact the only time it ever really gets close to sounding like the former is the end half of ‘Buresa’, but only if said guitar shop was staffed by Thurston Moore and a member of Godspeed! Instead, Sycamore is an experiment in studio technique and manipulation, the sound of two players with respectable pedigrees sketching out brief snatches of jazz, classical, post-rock guitar work with a familiarity and level of comfort that only comes with years of experience.

Another major plus that comes with ‘older’ bands is that they’re never really concerned with the hard sell. These fresh-faced youngsters are always on at you to download their latest single, to buy a t-shirt, to stand near the front. It always seems more endearing (to this reviewer at least) when a band presents its work with an almost shrug of indifference towards audience reaction, in a way that says take it or leave it rather than trying to hard to get people to like them. It’s the kind of attitude that you hear in David Daniell and Douglas McCombs’ music, with its laid-back approach to post rock guitar work. If we’re trading in clichés then we could say that it’s more about the space in between the notes, rather than the notes themselves. Whilst it’s certainly a trite phrase to trot out, it’s undoubtedly true of Sycamore – it would be easy for David Daniell and Douglas McCombs to get bogged down in overtly busy guitar work and over-saturate Sycamore with neo-classical fret wanking. Instead they constantly pull back from the brink, providing delicate intertwining melodies, rarely stepping on each other’s toes, never overcrowding the ambient backdrops and sparse drum work.

On ‘The Deshabille’ this technique is the most pronounced and the most effective. A gentle fade in of an ominous-sounding synth and a distant organ slowly joined by a lone guitar, alternately stabbing at and picking out jarring chords whilst a single drum rumbles along in the background. The mood is one of high tension, tense and on the edge of your seat, curious and anxious as to where they’ll take the mood of the song. If I were making horror films in Italy in the Seventies, this would be the soundtrack to the part at the beginning of the film, the part where the young idealistic professor/doctor/journalist is gingerly approaching the foreboding forest/house/village, when the audience knows that if the professor/doctor/journalist were to keep going rather than investigate they would avoid the whole ensuring mess. The only thing that is really lacking from Sycamore is a big pay off, a final crescendo, a big finish; it would be the part of the horror film where our intrepid hero manages to kill the bad guy and save the girl. Despite all the benefits that come with holding back, Sycamore could benefit from having one grand finale. As it is, it seems to build up to something, and point towards the possibility of a final hurrah, but it never quite manages it.