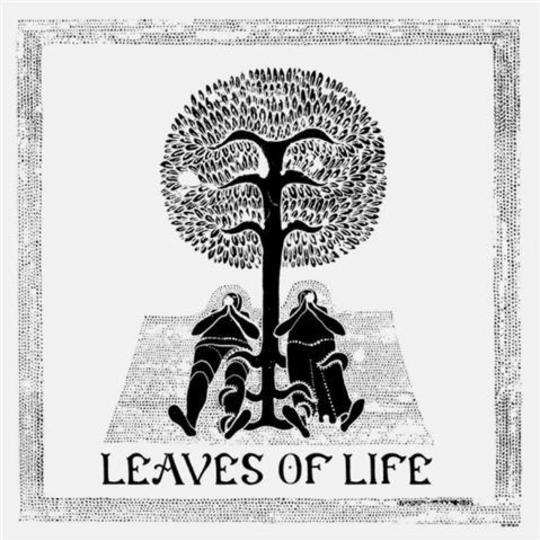 These alt folkies sure do love a compilation, don't they? This time Buck Curran of Aborea has roped in a merry bunch indeed to help raise money for the UN’s World Food Programme. It's never an easy thing to try and work out the intrinsic worth value and quality of compilation CDs. For one, more often that not, the very essence of an album – the togetherness, the sense of purpose and direction, the unity – is hard to find. It's usually scattered over a handful of tracks with a large variance in quality and sound. Even if there's more hit than miss, there's still a hole which is left empty. Though this year there has been the beautiful exception of Dark Was The Night, it remains hard to be actually too enthused by most examples.

With the (moderately) heavy hitters like Banhart, Rossi, Nadler and Arborea featuring at all ends of this record, it’s packed from start to finish with quality. ‘The Cuckoo' kicks us off with Alela Diane and Mariee Sioux in a display of enjoyable finger-picked chords and female tones moving up and down the scale with ease. Fern Knight’s ‘Our Mountain The Mother’ provides an early surprise as harps are plucked, drones are held and she wails powerfully over the lot. Again, it shows the worth in these compilations is not in the Nadlers – what she does here is as worthy as ever, but it’d be a push to label it ‘unexpectedly good’ – but in thrusting forth relative unknowns.

Mi and L'au's ‘The Funeral, The Pray’ is as beautifully constructed and executed as it is uncomplicated and forlorn. Likewise Mica Jones’s disjointed vocal delivery on ‘Best Life’, where his vocal rhythms match the guitar’s in a questionable fashion. Things get weird or, if you will, slightly out of tune, with Big Blood’s ‘Sick With Information’ which has the finest whining atop innocuous acoustic guitar playing you will hear this year. Lethargy rules OK in the final third – enclosed are songs which you’d imagine would do a pretty good job soundtracking long, solitary, scorching walks through dusty desert plains. American ones, of course. Cursillistas’ ‘Mothers Taught’ and Silver Summit’s ‘Oaks’ are placed firmly in that category, with the latter having more than a bit of the Diane Cluck about it.

It is a true wonder how the marvellously named Eric Carbonara – whose name conjours up images of a young leather jacket clad Italian American in a mid Nineties Nickelodeon cartoon – doesn't manage to destroy his fretboard and strings into at least a thousand pieces, but the change in dynamics in ‘Sundown At Parakeet Park’ is exceptional. After plenty of high-range female folk, it’s a necessary and pleasant change in timbre to hear David Garland’s husky tones on ‘Splinter Heart’ before lurching into Magic Leaves’ ghostly ‘Lasso Reason’. There’s not much more that can be said for Leaves Of Life beyond it being a collection of some of the finest current folk artists around; its 19 tracks are worth more than just a casual listen.