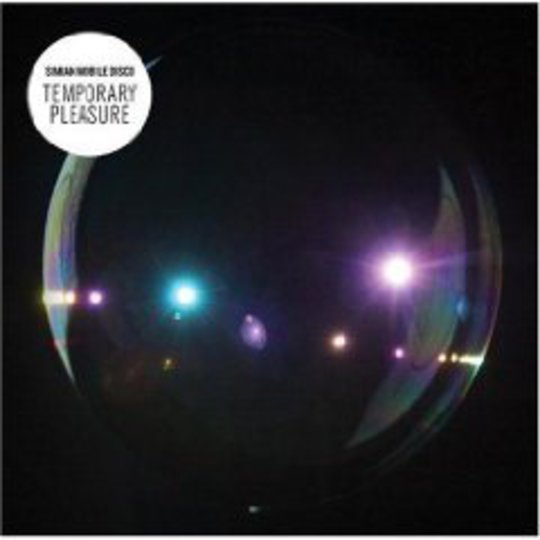 If there is a perennial struggle in the world of dance music that will be repeated over and over again on endless occasions, it’s the dichotomy of 12-inch and long-player, and the difficulty in successfully making the transition to full-length format. The problem is simple: the 12-inch is arguably the perfect format for dance music. As vinyl it’s a statement, both heavy and delicate and a symbol of the ephemeral nature of even the most popular tracks that emerge. They're played to death, and sink once again under the surface of the mainstream. It’s a very visual medium, a physical item you can see and manipulate, and its winding grooves form a perfect complement to the music they produce. Quite aside from these ideals there are practical points: it’s short, comparatively inexpensive, and as a DJ you are only likely to want to play one or two tracks from any given artist in a set. And on a base level, a well-crafted DJ mix is the way that most dancefloor oriented music is best experienced – a fact no number of dodgy concept albums and filler tracks can wholly distract from.

Simian Mobile Disco suffered in translation of the success of their early singles to an entire debut album. After the simple-yet-effective brilliance of ‘Hustler’ - until it was roundly overplayed by pretty much any DJ able to get their hands on a copy - and superior follow-up ‘Tits & Acid’ (backed with quite possibly their finest track to date, the synaesthetic headrush of ‘Animal House’), stretching such a solid run to a full-length was almost inevitably going to be a challenge. James Ford and Jas Shaw stepped up to it by calling in a couple of vocalists and extending more or less the same idea throughout Attack Decay Sustain Release, with gradually diminishing returns over the course of its length. Which is not to say it was at all a bad album – more that stretching a good idea over so many tracks was spreading a decent formula too thinly for it to remain effective for long.

On Temporary Pleasure, they have addressed this by recruiting an impressive cast of guest voices and crafting a surprisingly enjoyable straightforward pop album. They’re still intrinsically tied to their electro/house roots, with the entire record isunderpinned by a metronomic four to the floor kick and their trademark synth cascades, both analogue and digital, are ever-present throughout. But they’ve borrowed liberally from Ford’s day job as pop producer du jour and worked this influence into fairly conventional song structures. It’s a pretty intriguing experiment in its distance from their early work, and provides the backbone of consistency and coherence that Attack Decay Sustain Release so craved. It also ensures that its two fully instrumental, firmly danceable tracks stand out as individuals, rather than fading into the background as one of many.

Take first single ‘Audacity Of Huge’, a deliciously gonzo slab of decadent electro-pop featuring Chris Keating of Yeasayer as your sterotypical Easton Ellis yuppie, waxing lyrical about his cars, his coke and his “bag of Bill Murray”. Arriving straight after the downbeat Neon Neon-isms of Gruff Rhys’ turn on opener ‘Cream Dream’ it’s a wicked shock to the system and a stupidly addictive fake rush, like pouring an entire packet of popping candy into your mouth at once and feeling each tiny detonation rattle your skull. On the first couple of spins, Temporary Pleasure is full of tiny ‘what the fuck?’ moments, which do a good job of holding the attention while its charms gradually worm their way in; once the Spank Rock sleaze-hop stylings of ‘Turn Up The Dial’ have kicked in, and the synth abuse of the album’s (Ed) banger ‘Ambulance’ leach into Telepathe-featuring closer ‘Pinball’, there’s an undeniable urge to reach again for the play button and feel the buzz all over again.

Okay, so Temporary Pleasure is unlikely to win any awards for longevity, but then the clue was in the title. Sometimes all that’s needed is a massive saccharine sugar hit – it’s all good for now, and the inevitable crash can wait.