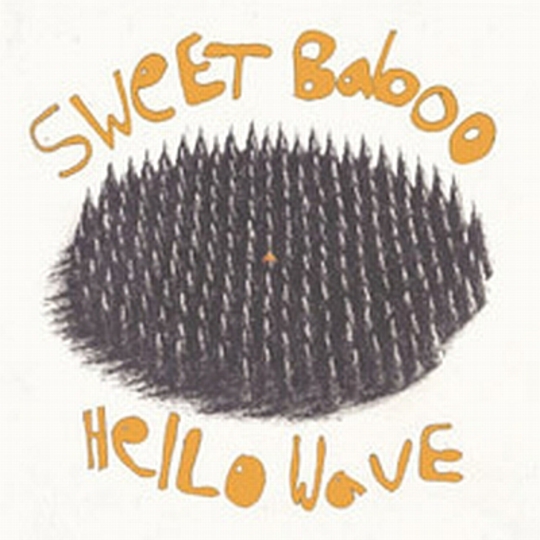 I wish the diplomats who argue against the need for negative music criticism would spend a bit more time sucking on bogeys like Sweet Baboo's Hello Wave. Yes, you can download anything you want for free on the internet, but the pounds you save in your pocket can't buy back the time you've just wasted. Occasional exposure to albums like this are actually to be recommended for anyone pretending to be a music critic; they give you a grounding. If your listening diet is nothing but critically lavished and 'important' albums, it's easy to lose sight of where the borders of Sturgeon's Law are to be drawn. Sturgeon said that 90 per cent of everything is crap, and he was right; but his 90 per cent doesn't apply to the vaguely disappointing third albums from your favourite band, or slightly underwhelming debuts from hyped-up new scenesters. It's stuff like this, Hello Wave, that floats under the water waiting to sink your ship.

It makes no-one feel big or clever to lay into a well-meaning musician who operates entirely for love not money. Sweet Baboo's Stephen Black is probably a good guy who'd buy you a pint if you shook his hand and told him you enjoyed his music. And that must be why this album, his second, exists, because of stingy, thirsty sycophants. It's only 36 minutes long and it's difficult to get through. The first song, laboriously titled 'If I'm Still In Love When I Get Back Home From Travelling (America)' is the same knowingly cheesy novelty song the every-night resident at your local live music bar plays under the presupposition that the simple act of playing a guitar and singing is entertainment enough for folks. That's why you avoid that bar, because it isn't. Here is also where the first signs of Sweet Baboo's tedious 'quirkiness' arise: he nonsensically interjects "cheese!" after referring to the city of Philadelphia har har; he claims to have shot a seagull and then admits to making it up, cos he's wacky like that; and you know when he twice concedes he was "quite drunk" that it can't be a winking understatement because these drunk stories are rubbish. But he decided to write a song about them anyway.

It's got to get better and it does, kinda, marginally. The following song sports some niftily agile fingerpicking and third track, 'It's Three Let's Go', is a shuffling Broken Social Scene intro extended into a pleasant enough three minute-long instrumental. But don't lose track of your standards just yet. Stephen Black's voice has yet to show any more expressiveness than my dog's, and his personality is somewhat harder to locate too. In 'Hello Bullfrog, Hello Wave' -- we're at track seven now - Black fantasises about being washed away by a river into the sea, drearingly singing "take me from here, to there, from there, to here, from here, to there" for, god, ages. At 5:05 it's hardly an epic, but it's the longest song on the album by a full minute, and it really feels like it. He's melancholy, because pretty girls don't reciprocate his feelings, and his rabbit died and there's other odd references to death, but he still hasn't given me a reason, in his lyrics or his melodies, to give a fuck. "In the night sky I hear him calling me," he begins the next song, and if you read that in a booming Nick Cave voice it could seem quite dramatic: "and although my hands aren't tied and I tried with all my might, the demons have a hold and I've got no place left to go." But Sweet Baboo isn't Nick Cave, so he's singing it lightly over a jaunty two-chord campfire singalong strum. I could be listening to 'Stagger Lee', but no, I'm listening to 'Kumbaya' instead.

And then he interjects "Steve!" after "I hear him calling me", to further demean his own declared demons, and I wonder if even the Monday night guy down the road would sing this song to three punters and the barman. It's hard to think of a 36 minute-long record as indulgent, but Hello Wave is about half-an-hour longer than it ever earns.