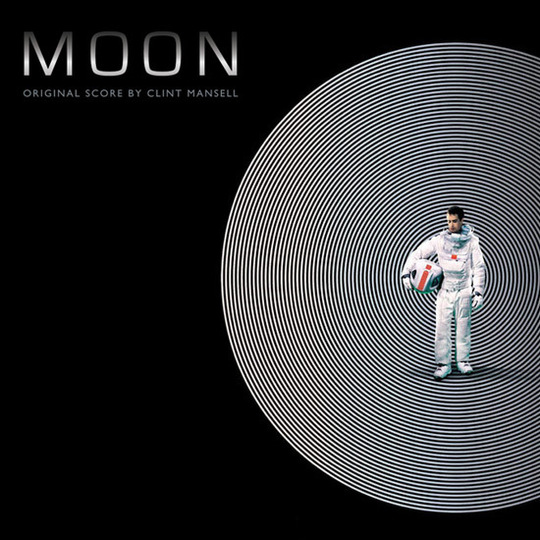 There are two Clint Mansells. The first Clint is a gurning idiot who spearheaded the odious grebo movement as part of Pop Will Eat Itself. The pinnacle of Clint #1’s success involved shoehorning pop culture references into songs with a sledgehammer-like subtlety (“Alan Moore knows the score!”). The Poppies officially broke up in 1996 and Clint #1 disappeared off the face of the Earth. Clint #2 surfaced two years later with the surprisingly mature soundtrack for Darren Aronofsky’s first movie, Pi. Stourbridge, jester hats and high ponytails suddenly seemed a world away. Clint #1’s lyrical sledgehammer had been tucked away in a cupboard with a pair of tatty Dr. Martens boots.

Clint #2 wears suits and rubs shoulders with the Hollywood elite. He’s become the go-to guy for moody electronic scores, and he continues that tradition with the soundtrack to writer/director Duncan Jones’s full-length feature film debut, Moon. Jones, formerly known as Zowie Bowie thanks to his famous father’s daft coke-addled excesses, has crafted a remarkably thoughtful film that touches on notions of identity, isolation and the nature of human existence. In searching for a soundtrack composer, Jones couldn’t have found a more perfect choice than the schizoid, career-hopping Mansell, who appears to have completely rewired his musical DNA.

Mansell’s collaborations with Mogwai and the Kronos Quartet have been highlights of his previous soundtrack work, but he fittingly goes it alone here. It’s easy to imagine him cooped up in a studio, desperately trying to get into the head of Jones’s lead character, Sam Bell (played by Sam Rockwell), as he struggles with mounting existential crises. The opening song, ‘Welcome To Lunar Industries’, becomes a motif for the film as it progresses. It’s built around a simple two-note piano refrain that circuitously infiltrates other songs on the soundtrack, and is as addictive as Mansell’s now-ubiquitous ‘Lux Aeterna’ from Requiem for a Dream. The pattern appears in Moon at least half a dozen times, causing the music to insidiously become a deeply rooted part of the overall experience, rather than a piece of art that simply supplements the action.

A direct lineage between Mansell’s soundtrack work and contemporary electronic musicians (particularly the Warp Records stable) are often drawn, but he reaches further into the past for Moon. The piston-like drums that drive ‘Welcome To Lunar Industries’ bear krautrock hallmarks, and the faltering ambient electronics of ‘Two Weeks And Counting’ and ‘I’m Sam Bell’ sound like extracts pulled directly from Cluster’s epic ‘Live In Der Fabrik’ from Cluster II. But Mansell carefully assimilates elements of classical composition into all his pieces on this soundtrack, demonstrating a particular fondness for simply-arranged strings and ploddy piano melodies that often fade into the ether.

Clint #1 would probably have shown you his middle finger and belched loudly in your face if you suggested he had a lightness of touch, but that’s exactly what he has here. ‘Are You Receiving?’ is the exact moment when Mansell gets right into Sam Bell’s head. He throws all his electronic impulses out of the window and settles down to a simple piano-and-strings composition that directly mainlines to the heartbreaking core of Jones’s film. Like most soundtracks, this one works best when experienced with the movie itself, but ‘Are You Receiving?’ is one of three or four pieces that work extremely well as standalone songs in their own right.

The rest of the soundtrack mostly oscillates between Mansell’s penchant for classical and ambient influences, and he also throws in some Mogwai-esque post-rockisms on ‘Can’t Get There From Here’. The constant reiteration of the two-note piano riff from ‘Welcome To Lunar Industries’ is Mansell’s masterstroke. Its deployment and arrangement offer a snug reflection of Moon’s themes: the tedious repetition of working life, the deeply ingrained conflict between Bell’s past existence on Earth and his present predicament on the Moon. There’s also another appropriate reason why a two-note motif works so well here, but that would spoil a major part of a film that effortlessly stands shoulder-to-shoulder with Douglas Trumbull’s isolationist classic, Silent Running.