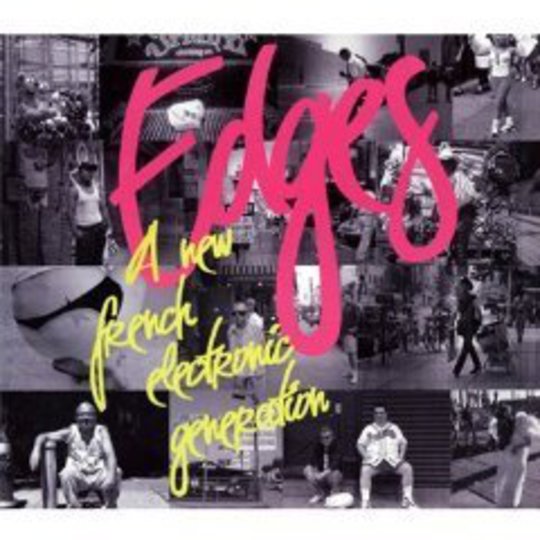 The debates over the hardcore continuum that have set the blogosphere alight in the last year or so, plus my own recent forays through Simon Reynolds’ history of rave, Energy Flash, have highlighted the importance of regional cultural and social identity in driving the evolution of differing strains of dance music – from the factory floors of Detroit techno through the unique melting pot that gave rise to jungle in London. I’m not knowledgeable enough about French musical history to attempt to trace the influences at play, but for right or for wrong I’ve always associated France with a certain kind of electronic music. In my head, arrival at the other end of the Channel Tunnel would inevitably end up being soundtracked by wistful Eighties-influenced electro-pop (well, either that or sepia tinted, folk-influenced Franco-pop but that wouldn’t particularly fit with the subject under review here). So it’s safe to say that I had certain expectations as to what the majority of the artists featured on Edges: A New French Electronic Generation would sound like.

For the most part it fits those expectations. That attention to melodic intricacy over straightforward rhythmic heft regularly surfaces throughout the length of this compilation, whether it’s welded to the tinny, barely-there drum machine chassis of Donovan’s ‘Wonderland’ or Nils Hartman’s processor-frying bleep glitches on ‘La Datafunk’. Which is not to downplay the dancefloor readiness of a fair portion of Edges; in the wake of Ed Banger’s successful resurrection and fusion of Daft Punk-style melodic electro to crunchy bass pyrotechnics there has been a huge wave of emergent artists peddling similar material. Assisted by the speed at which new music can sweep across the collective consciousness of the internet, many such producers were surfacing making minor ripples before disappearing under the radar once again to ever diminishing returns. The side-effect of this is that many bloggers have been as quick to distance themselves from the Ed Banger sound as they were to align when the first noises were emerging from Justice, SebastiAn, et al. So it is with the material featured here. Only Dilemn’s ‘Modern Slave’ - a competent but fairly plodding stomper - really conforms to the stereotype; far better is Djedjotronic’s fidget-tinged ‘James’, fragments of vocal shrapnel sprayed across a strafing, stuttered bass attack simple but devastatingly effective.

As a compilation of little-known artists, Edges is typically mixed in style and quality, often best at its most unassuming. The appropriately named Discodeine’s ‘Invert (Parceque Edit)’ is an intriguing curio, a haunting slab of house slowed down to an opiate-soaked crawl, but a relative rarity. Of the tracks featured here, only a handful immediately warrant further investigation whilst others sink in more gradually, but there remain many that languish quite comfortably in the background, seemingly content to draw attention to the occasional standout that emerges fully formed – the spiralling minimalism of Spitzer’s ‘Odessa (Spring Version)’ or *Anoraak’s Neon Neon esque turn on ‘Make It Better’.