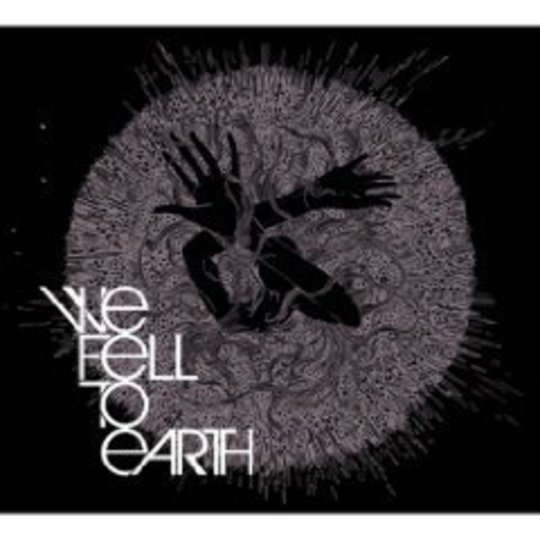 For some, the term 'psychedelic' brings to mind an avalanche of soul-splintering noise a la Matthew Bower projects Skullflower, Sunroof! and Hototogisu. For others it suggests a jaunty frolic through a Mad Hatter's tea party of the mind, as illustrated by Flight Of The Conchords' priceless pastiche, 'Pretty Prince Of Parties' and the recently reissued XTC side-project Dukes Of Stratosfear. Devout modernists may point to Animal Collective, Sa-Ra Creative Partners or Lindstrom and Prins Thomas as contemporary manifestations of the psychedelic spirit. The common thread that unites all these definitions, however, is a longing for freedom from the limitations of our senses, emancipation from the world as it is handed to us.

Are California's We Fell To Earth, featuring ex-UNKLE architect Richard File and actress/singer Wendy Rae-Fowler, a psychedelic group? Well, it seems they're trying to be. Their music inhabits a world of echo, drifting through wide open spaces slowly and slothfully, stray bloops and bleeps scattered mirage-like here and there. Their rhythms are tom-heavy, post-Kraut and pulsating. Yet there's little to suggest any derangement of the senses and no detectable yearning for an elusive freedom. Like peers Black Mountain and Sleepy Sun, WFTE hold back from any real engagement with otherness or unreality, their music too together to convince as an exploration of inner or outer space. None of these painstakingly assembled tracks ever seem at risk of fragmentation, much less dissolution and the playful invention that characterises even the darkest psych is absent. There's nothing about this recording to suggest a fresh new perspective on the mind-altering capabilities of music, and the mood throughout is so solemn and portentous that it can't even be appreciated as a masterfully contrived exercise in kitsch.

The UNKLE connection is a dead giveaway. This stuff isn't terrible – just hopelessly tasteful, stubbornly middlebrow. If NYC's Religious Knives cleaned up their act, developed a more positive disposition and set their sights ruthlessly on the coffee table, they might come up with something just as polished and predictable. WFTE conjecture the depressing post-MGMT reality of psychedelic and/or kosmische musik as little more than an affirmation to today's privileged dilettante, requiring no genuine investment or risk on the part of either the musician or listener. I'm not suggesting that File and Rae-Fowler should be shitting their brains out on ayahuasca in Ecuador with Daniel Pinchbeck – as though cerebral reconfiguration is just another extreme sport on a par with snowboarding or bungee jumping – but the idea of out there as articulated by this polite, well-produced music just isn't far out enough. Back to the Circle, Parson Sound and Wildildlife albums, then.