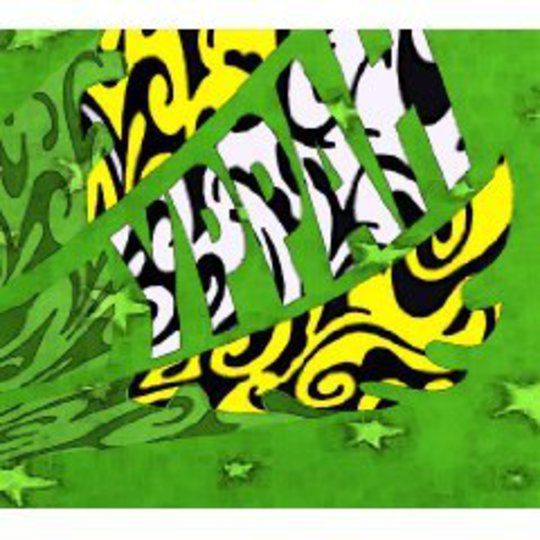 The unfair thing with this review, and perhaps most reviews, is name-checking. But it’s almost impossible not to; so here we go... on young Ninja Tune artist Yppah’s second full length we have a lot of My Bloody Valentine wall of noise; a large dollop of breaks ala DJ Shadow; synthesisers – M83; psychedelics – The Doors (it may not be unfeasible that Yppah shook the ghostly hand of Jim Morrison in some higher state while making They Know What Ghost Know's title track). It’s all there and such comparisons really set the bar for the whole piece. And a very high bar it is. Some of those acts have succeeded in their own pocket of time and place, an encapsulation of a collective feeling in time. Music in the Noughties tends to have far less trans-generational appeal, and that's certainly something that very much applies to They Know What Ghost Know.

Vocals in the aforementioned are a key part of their anthemic popularity, but that is not so here, and it's in the instrumentality where Yppah’s music truly prospers. Yes, there are brief hints of vocals in a couple of tracks, but they are chopped up and produced in such a way that they're reduced to aural trinkets by the music’s maker. Never should you feel as though a poetic element is necessary as a marker of viability for the music on offer.

‘Son Saves The Rest’ breaks things in with a wash of discordant noise underpinned by the mutated and repetitive drum break. ‘Gumball Machine Weekend’ follows a similar line with the rhythm section being the true killer; kinetic bass and breaks flooding the mix with stabs of clean Stratocaster accentuating each movement. Its Motown influence is obvious without being overstated; there’s almost a ‘Ronson’ sound to it. That’s meant in the level of pastiche-ridden accessibility, as opposed to the potential of some drunken hipster thrusting their nonchalant histrionics upon it. Twinned with ‘Playing With Fireworks’, there’s a feeling of hope that the path taken since his superb first album You Are Beautiful At All Times was the right one and Yppah will make a name for himself with his own brand of electronic noise.

But with ‘Shutter Speed’s introduction of the pan pipes to the fold, there’s a marker for a decline in the more structured essence of the album. ‘The Moon Scene 7’ and the title track blur with their slower pace and sound like they may have been written by robots on some form of electronic hallucinogen picking up some classic acoustic instruments and getting thoughtful around a campfire. The combination of these central tracks with the entry and exit of the album is stark and leaves you feeling ultimately confused by the wandering nature of the album in its entirety.

There’s definitely a lot of soul within the musicality, but as that soul is filtered through a more contemporary vintage lens, its true significance is somewhat blurred. They Know What Ghost Know encapsulates a whole world of influence and does so very astutely. But, in doing so, it struggles to gain any real feeling of individuality, which is a real shame as it really is an accomplished piece of work. Joe Corales Jnr. (aka Yppah – of course) can certainly be considered, at least ethically, on a par with his solo electronic contemporaries.

The accessibility of the album is its true strength – the emotion on show throughout each track will connect you to it, but the connection of all of these parts should be made clearer for Yppah’s definite potential to be realised in full. With albums one and two out of the way, maybe number three the shackles of influence will be broken and a personally established comfort zone will be found for all.