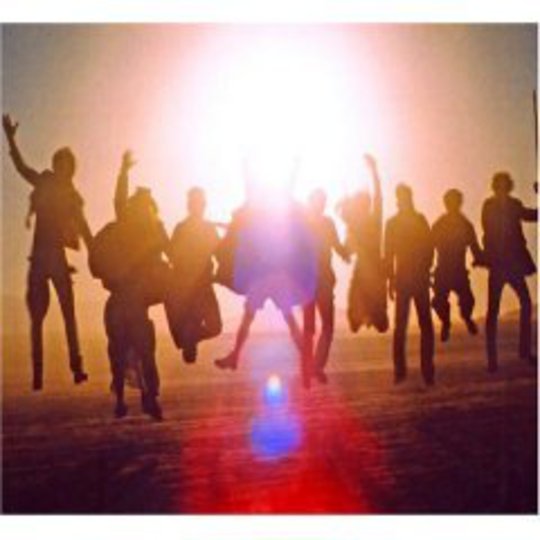 In the age of the web 2.0 revolutions, it’s clearer now more than ever that technology has taken its toll on modern life and the general idea of consensus. The idealism of the past has been diluted and dissected. We have become more absorbed with individualised opinions confined to textual and visual spiels of rancour or love that, in their minutiae, are all essentially different. Technology and its advances were meant to liberate and entice us into new realms of communion, when in essence it has divided opinion even further than before. Although the like-minded do tend to group together in smaller groups (hello all!).

Edward Sharpe (the ‘childhood alter-ego’ of front man Alex Ebert) and The Magnetic Zeros would probably ignore such technological myth anyway. They would probably deem it useless to the purity of their music. Their ethos is summed up with their approach to trans-American touring, which they do on an old Greyhound Bus, which is daubed in paint with the band’s name in place of the company’s iconic logo. They may well be the real-life version of that troupe with the hippy teacher from Beavis and Butthead. Except they don’t sing about lesbian seagulls and they hopefully won't hurtle off any cliffs.

Up From Below opens with ’40 Day Dream’, which harks back to the psychedelic era that the band clearly long for. The chorus lyric of "it’s the magical mystery guide" pretty much says it all in terms of influences and for those who immediately grab the obvious reference, it sets the bar pretty high for the album from the start. It’s ably followed up by the banjo sing-a-long of ‘Janglin’, where again and the album's endearing straightforwardness seeps through. ‘Home’ is another definite highlight, with its question-answer vocals and lyrical warmth, while single ‘Desert Song’ (accompanied by a philosophically spectacular video featuring old men speaking tongues and young boys being swallowed by lunar activity) sways from landscaping desert tones to spaced out almost OK Computer-esque melodies.

Aside from the obvious Sixties reference points, ESATMZ are likely to be tarred with the Arcade Fire brush for some time as well. Certainly it's a reference that often stands true, notably with tracks like closer ‘Om Nashi Me’, with choral vocals that would demand some form of audience howling along.

All mentioned are great tracks, but others feel intermittent. Following a good few listens, Up From Below's ebb and flow is replaced with definite peaks and troughs, leaving such highlights dulled down. The recent successes of the likes of Fleet Foxes and, again, Arcade Fire have stemmed from their ability to contemporise the music they truly admire, without losing the individuality of their own songwriting abilities. They play to their own re-defineable strengths. Its definitely worked wonders for them, and it’s a direction ESATMZ could certainly take with future efforts.

Being a child of the web 2.0 generation, I find it difficult to comprehend many attempts of this sort of revivalism and that should have left a personal bias in this review. This was very nearly the case with Up From Below, but that argument fought a losing battle. Edward Sharpe and the Magnetic Zeros have created an album that wishes to ignore the capital-dominated world of ours and go back to the joy that stemmed from communal sing-a-longs, Woodstock, LSD, metal strings and analog recording equipment.

The longing here is to make that past present. Music could, once again, concoct an almost religious fervour and mass consciousness would override many a feeling of cynicism. But for the time being, that longing will be ignored in favour of a purchase of this album from iTunes for a different kind of simplicity.