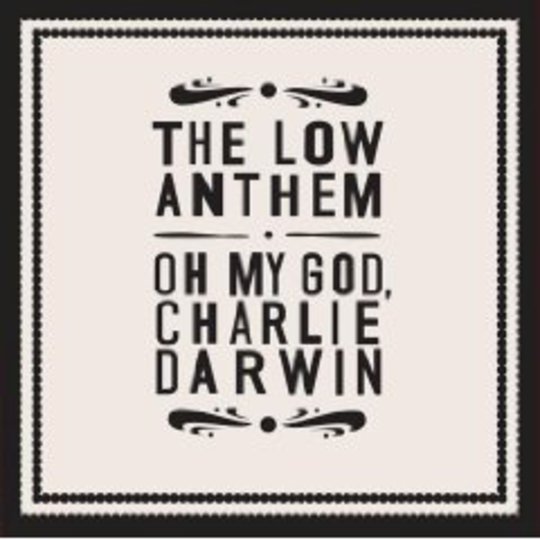 While enjoying the acclaim heaped upon finally-made-it Brooklynites Grizzly Bear, it’s been frustrating to read that so many mainstream music journalists attribute this success to the influence of Fleet Foxes. Animal incompatibility aside, most Grizzly Bear fans know that this is a fallacy, because the Bears have been making albums at least three years ahead of the Foxes, and if anything were amongst the first to hone that layered, Sixties-influenced vocal sound.

Still, the music industry deserves to bask in Fleet Foxes’ success. Not least because any independent record going platinum in our post-Spotify era is a cause for literal street-dancing. And we should brace ourselves for a period of time where any band from America using any hint of a harmony, or a musical reference to Neil Young, will be heralded as ‘the next Fleet Foxes’. It’ll be much like the time when anyone with both a full drum-kit, violinist and/or female backing singer, was the next Arcade Fire; a trick, you’ll remember, not even Arcade Fire managed to pull off the second time round.

But this is a tangent, arising from the fact that one week ago, on the arrival of Oh My God, Charlie Darwin, Fleet Foxes were the last thing on my mind. Knowing very little about what I now understand to be three East Coast graduates, I had imagined The Low Anthem to be a group of slightly grizzled, almost middle-aged Americana stalwarts, rising through the ranks with the likes of Gillian Welch or Ryan Adams in their sights. I did not know that they were about to be handed the mantel of this year's version of last year's success, who also happen to be their label-mates. I noticed that they were on Bella Union, but, in spite of the label's increasingly on-the-pulse roster, I assumed The Low Anthem to be back-burners, meant for a more mature audience, and not expected to sell.

How wrong was I? According to every major newspaper this week, this band is set to be one of the major indie breakthroughs of the summer, with dates at all the big festivals, a sell-out show at the Union Chapel, lots and lots of glowing reviews, and, of course, a heap of Fleet Foxes comparisons from the likes of Uncut and Steve Lamacq. Furthermore, my image of them couldn't have been more wrong. Instead of Gallon Drunk after a bar-fight, they're all preppy and fresh-faced, like Vampire Weekend after a shower. They met while studying at the exclusive Browns University, and one of them is classical composer in her 20s. None of these things are bad, it just required a re-appraisal of how I viewed the album. Surely a record thats charm lay in its apparent authenticity would be compromised by the acute marketability and nowishness of its authors?

Wrong again. Part of what makes this album so compelling is purity, and purity, when done well, is hard to knock. Recorded to unfashionably high standards, the album spans several facets of traditional Americana, from bluegrass to country to choral, and has a loose theme running through it of American history, beginning with references to the Mayflower on opener 'Charlie Darwin'. With its adherence to the traditional, this could easily be completely unremarkable, were it not for its consistent quality, which is perhaps where the band's youth comes into play. The lyrics are always just on the philosophical side of standard, and the music is always on the experimental side of orthodox, using the palate of their genre in slide guitar, harmonica, squeezebox and organ, but always manipulating them to the right level of interesting. It's notable therefore, that the other most voiced comparison should be with Tom Waits, because this album has a great deal of similarities with Scarlett Johansson's recent album of Tom Waits covers, right down to a track backed only by music box.

What I fail to see, is what it has in common with Fleet Foxes, besides all the vocal harmonies, which neither band invented. With the former's album produced with highly-credible Shins producer Phil Ek, I imagine they would have balked had someone offered them a style as polished as The Low Anthem's. And any listener fed a diet of recent US indie, be it Animal Collective, Deerhunter, Yeasayer or anything like it, will be shocked by the sentimentality of The Low Anthem's sound. But I'm telling you, just see it through. There's something quite brave in the decision, and it may remind you that - awesome as the fertility of the US leftfield is - there's other music out there to enjoy. It also suits the songs in a way that a cooler, more art-house sound wouldn't have.

One criticism you could make of Oh My God, Charlie Darwin (shortened mischeviously on one track to 'OMGCD') is the difference between the two modes of the album. One is the solemn, hymn-like folk numbers, as exemplified by new single 'To Ohio', some of which are so pious they sound like musical parables; the other is the raucous, celebratory loud ones that are so-fucking-American it’s like watching the Superbowl on a Mississippi steamboat while winning the War of Independence, while super, super drunk. So different are these in style that at first you'll wonder if it's two bands that are playing them, but as you get to know the album you'll see how they fit together. Between them they form a wide tapestry of American iconography, from the first settlers of 'Charlie Darwin', across the great expanses of the Midwest in 'Oh Ohio', to the hobo spirit of 'Home I'll Never Be', and, beneath them all, a wild romantic heart. And with this all-encompassing view of their culture in mind, it starts to seem apt that it should have been assembled by the graduates of the Ivy League, more so because of the scholarly aspect of collecting history. And the fact that the two founding members bonded over a love of baseball makes the picture complete, like the musical cadences employed by the band in their songs, that leave the listener awash with comfort and the sense of homecoming.

So, while the Fleet Foxes references still don't sit well with this reviewer, the other cliche -comparison to Tom Waits - works for this very reason. Just as Waits has the power to infuse you with familiarity with the return of a chord, so do the songs of Oh My God, Charlie Darwin, like an embroidered pillow on an old porch that says ‘home sweet home’.