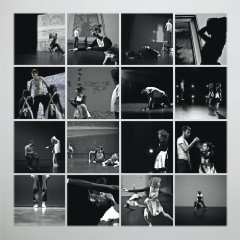 As his peers face the reality of seeking work in a world where gainful employment is hard to come by, 22-year-old Peter Broderick has written himself a CV which would render the most well-connected careers advisor redundant.»

after high school peter he moved to portland, or, where he studied music theory and filmmaking. during this time he began to play in multiple bands around town, and was able to establish himself as a regular session musician at various recording studios for artists like m ward. in late 2007 he was miraculously invited by some of his musical heroes, the danish band efterklang, to move to copenhagen and join the live band. so he did, and since then he has toured with the band all around the world, playing hundreds of concerts, and opening many of them as a solo act. since this move he has released several solo recordings as well. starting with a few primarily instrumental, piano-based releases in 2007, then branching out into a completely different world with the more folky 'home' in late 2008, which has all but established broderick as the young composer to watch.
description from www.drownedinsound.com