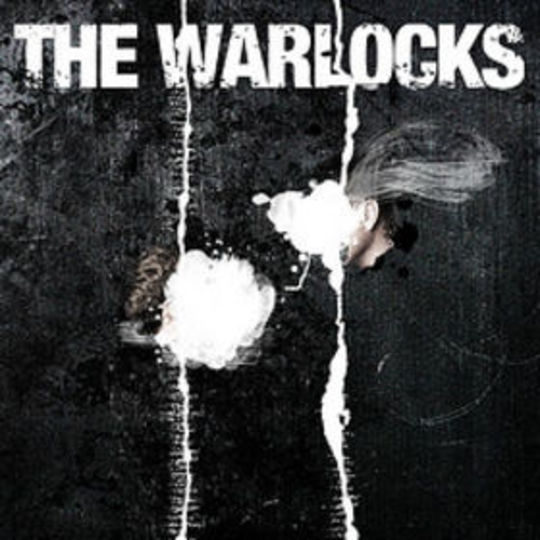 With an ever-changing line-up and a history of chemical indulgence many would balk at, it's something of an achievement that The Mirror Explodes, The Warlocks fifth album, also marks a decade of existence for the band. Having cut his teeth as a member of Anton Newcombe's travelling circus The Brian Jonestown Massacre, main Warlock Bobby Hecksher is no stranger to upheaval; the fact at least one band member has constantly changed on every successive record is perhaps to be expected.

Indeed, there is no such thing as a "classic" Warlocks line-up, a factor made more apparent by the consistently high standards set by each of their releases. Although possibly the shortest long player they've ever constructed, The Mirror Explodes is no less endearing. Whereas previous albums Surgery and Heavy Deavy Skull Lover both seemed to focus on skullcrushingly loud atmospherics, this feels like more of a comedown, a document to accompany the aftermath of a psychedelic trip to enlightenment, or as some might say, just another average day in the life of The Warlocks.

However, what you and I may consider to be average would be a million miles away from Hecksher and co., as song titles like 'Standing Between The Lovers Of Hell' and 'There Is A Formula To Your Despair' suggest. With the current shoegaze revival in full swing, they've probably chosen the right time to unleash The Mirror Explodes, although one accusation no one could ever level at The Warlocks would be to brand them as calculated mercenaries; far from it in fact, as their refusal to build on the (near) commercial success of album number two Phoenix seven years ago evidently demonstrates.

Despite their being a more mellow aura throughout the record, there's still a gnawing level of intensity, not to mention the band's legendary three-guitar assault. New bassist Jana Risher also brings a more dominant, brooding kind of menace to their already cataleptic sound, transforming the aforementioned 'Standing Between The Lovers Of Hell' and closing epic 'Static Eyes' into orgasmic trance-like epilogues that shift between drone and dirge effortlessly.

Gone are the days when songs like 'Baby Blue' or 'Hurricane Heart Attack' could be considered radio-friendly in a perverse parallel universe. None of the eight pieces of music here fit into that vein in any way shape or form. 'Red Camera' and 'Slowly Disappearing' both evoke morbid fantasies (or should that be nightmares?) yet prove richly engaging, while the penultimate surge of 'Frequency Meltdown' - the now customary instrumental jam that The Warlocks include on nearly all of their albums - is possibly their most incisive to date, a swirling six-minute opus that mixes Sound Of Confusion-era Spacemen 3 dynamics with a structure reminiscent of the first Doors record.

That this record will probably go largely ignored by many is rather sad. Though no longer flavour of the month in 'cool' circles, as far as The Warlocks are concerned it's business as usual, and The Mirror Explodes is up there with their finest works to date.