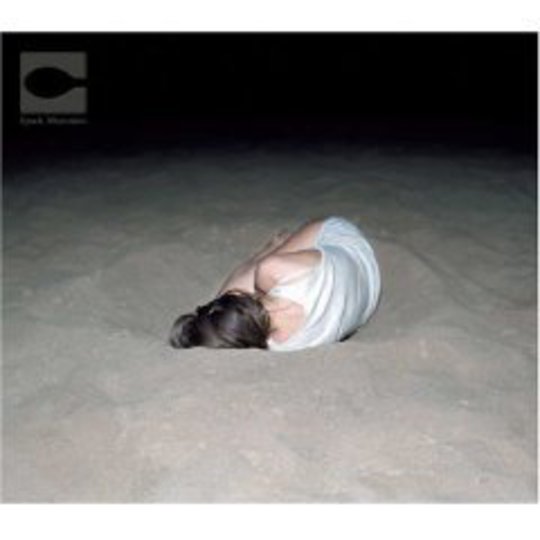 Given that it came out in the US three months ago, some of you might already have had your early (and perhaps entire, given the curmudgeonly nature of our fair climate) summer soundtracked by Some Sweet Relief, Speck Mountain's follow-up to their 2007 debut Summer Above. If you haven’t, and if your enjoyment of a sunny day would be enhanced by the sort of opiate space rock grooves that flit across the ground where Spiritualized and Mazzy Star overlap, then throw your hands in the air and scream in joy. If of course you’re not, being a space rock aficionado, too caned to move.

Formed in Brooklyn and located in Chicago (you’ve got to love any musician in this day and age who actually moves away from Brooklyn or Berlin: it's a wonder they can fight through the hordes pouring in ), Speck Mountain revolves around guitarist Karl Briedrick and singer Marie-Claire Balabanian. Keyboardist and saxophonist Kate Walsh and percussionist Tim Daisy, no longer with the band, make valuable contributions; especially Daisy, who performs the unenviable task of staying awake while tapping a cymbal or thwacking out a rimshot once every 32 bars.

Some Sweet Relief supposedly came out of a period of depression for both Briedrick and Balabanian which, alongside chasing the dragon, seems to be de rigueur for the creation of beautiful space rock albums. Certainly there’s a mournfulness that hangs over this record, albeit one that has its face turned towards blissfulness more often than not. That's certainly the effect of one of the album's highlights, 'I Feel Eternal', on which a sinuous guitar line rises like smoke with lazy, sparingly used and subtly treated sax stabs occasionally gusting through. Psychedelia with a southern soul lean, it’s a seriously heady piece of music.

This willingness to step outside the template as laid down by, say, Mazzy Star – a band that you can't help but compare Speck Mountain to, so similar at times is Balabanian's languorous delivery to that of Hope Sandoval – shows its face on 'Angela', too, the layered vocal harmonies and tight rolling bassline of which give it an R&B feel. Without these elements it would be difficult to see them as anything more than pasticheurs; very gifted ones, but pasticheurs nonetheless. With them, they assert an identity as well as suggesting that over time they might become less and less redolent of their forebears.

After 'I Feel Eternal', the conjoined tracks 'Backslider' and 'Backsliding' provide the other peak of Some Sweet Relief. Opening with what a descending and re-ascending scale played on what sounds like a synthesized Jew’s harp, the song develops into a lengthy exploration of just how gorgeous the combination of voice, guitar, keys and - no less important - the silent space between them can be. If you haven't closed your eyes and developed a moronic grin by the time Balabanian's vocal kicks in you either don't have a face or you're listening to this on Apple earbuds.

Once you've reached the dry, echoing closeness of Balabanian's resigned vocal on 'Sister Water' Speck Mountain will have claimed your ears and be making serious inroads towards your heart. The twinkling organ notes and meandering twang of its guitar part have a hint of Leeds shoegazers Pale Saints’ 1990 masterpiece 'Sea Of Sound' about them, too, which binds Speck Mountain even more tightly into the lineage of bands who make feeling bad sound oh so good.