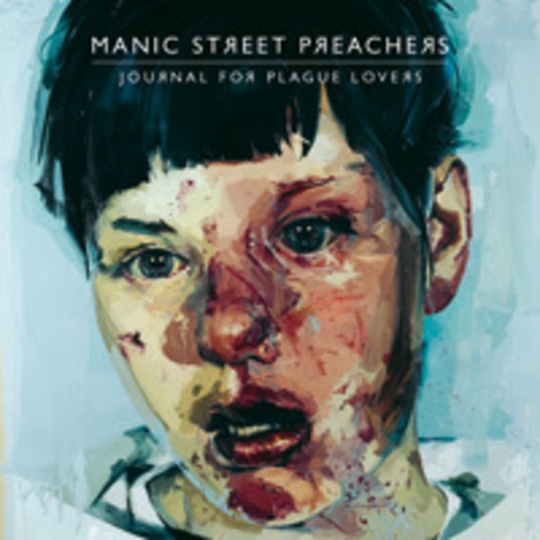 For an outfit not long off their 25th year, Manic Street Preachers have always tried their hardest - some might say too hard - to confound preconceived expectations. Musically ambiguous, lyrically articulate and aesthetically disconcerting, their earliest recordings barged unapologetically into the early Nineties in loud and obnoxious fashion; not to mention the preposterous boasts about selling a million copies of their debut record then splitting, or the venomous verbal assaults on rival artists that made them to pariahs of the UK independent rock scene for a short while. However, they always had the lyricism of Richard James Edwards to fire back at critics and, ultimately, set them apart from their peers. Even when it looked as though their early momentum had been squandered, the Manics hit back with The Holy Bible, a career-defining opus that many pundits still argue has rarely been bettered anywhere since.

With its troubling subject matter and queasy musical accompaniments, The Holy Bible stands as an epitaph to its chief architect, Edwards famously disappearing shortly after the album's release. Since then, of course, the three-piece Manics have enjoyed something of a turbulent ride that saw monetary success (Everything Must Go, This Is My Truth, Tell Me Yours) mixed with critical batterings (Know Your Enemy, Lifeblood) that would have probably made lesser bands quit whilst still vaguely ahead. Nevertheless, last year, Nicky Wire announced that his band's next record would consist entirely of lyrical observations left behind by Edwards and that the band had got Steve Albini on board to produce the album; Journal For Plague Lovers was conceived.

Jenny Saville's front cover starkly sets the scene for what must have been a difficult record to construct, let to "do justice to" Edwards, something Wire has frequently stated as the goal. Certainly Albini's involvement in the studio has undoubtedly had an impact on the ferociously intense, viscerally raw sound emanating from much of Journal For Plague Lovers, following 2007's good-in-places but disappointing overall Send Away The Tigers. Still, no one could have predicted such a vibrant return as the band's ninth album. It isn't so much a revitalised Manic Street Preachers, something more akin to a rebirth, such is the vehement passion with which all three have gone about this record. 'Jackie Collins Existential Question Time' (sample lyric: "If a married man fucks a Catholic and his wife dies without knowing, does that make him unfaithful?") sees James Dean Bradfield's most crisp, resilient vocal performance in almost a decade, while the Wire and drummer Sean Moore drive the likes of 'All Is Vanity' and the title track in a way not heard since the dark industrial collages of 'Mausoleum' and 'Archives Of Pain' a decade-and-a-half ago.

Opener 'Peeled Apples', starts off with a sample of Christian Bale's character from 2004 flick The Machinist stating "You know so little about me", harking back to the "You can buy her this....everything's for sale" diatribe which ushered in The Holy Bible's 'Yes', before Bradfield's most salient riff this century breathes life into both song and band. It's easily their most incisive three minutes since 'Faster' and coupled with Edwards' scabrous verse ("the Levi Jean has always been stronger than the Uzi", "trespass your torments if you are what you want to be") is simply one of the most compelling vignettes the Manic Street Preachers have ever recorded.

Unlike much of their post-Edwards highs, 'Peeled Apples' isn't merely a false dawn. Instead it's the tip of a relentlessly poised iceberg, one part of an opening trio of uneasy noise-laden pieces (along with 'Jackie Collins Existential Question Time' and 'Me And Stephen Hawking') that set the tone awkwardly, yet excitingly for what is to follow.

From their earliest singles the Manics have never been afraid to drop the musical tempo ('Spectators Of Suicide' from the Heavenly release of 'You Love Us' for one), and 'This Joke Sport Severed' and 'Facing Page: Top Left' aren't any different, acoustic laments proving quite fitting over the latter's recurring message "this beauty here dipping neophobia" to the former's admittance of self-doubt ("sterility persecutes and I have plenty"). Though relegated to mixing duties and the recording of just three tracks, long-time cohort Dave Eringa perhaps deserves some credit here, his yin contrasting with Albini's yang creating a potent formula that leaves even the most bleak of lyrical asides somehow achieving something close to radio-friendliness.

Even Wire himself has a stab at lead vocals on the closing 'William's Last Words', which you can't help but view as an Edwards suicide note of sorts, if lines like "don't keep me any longer cos I am really tired" and "I'd love to go to sleep and wake up happy" are anything to be judged. The bassist actually comes across as a fairly competent baritone, something no one could have dreamt of after the abominable 'Wattsville Blues' eight years ago. Again, the arrangement is sombre and mellow, not too dissimilar to bands from the C86 era the Manics always proclaimed having a soft spot for such as The Loft, The Jasmine Minks and Felt.

Overall, Journal For Plague Lovers is a strident comeback that would have been a worthy direct successor to The Holy Bible had circumstances been different. That the origin of its lyrics circumvents arguably their two finest bodies of work is of no surprise either, and as with their previous reincarnation against all the odds (Everything Must Go), it's a worthy two fingered salute to those who thought their time was up many moons ago.

Vivian Girls at Brixton The Windmill, Lambeth, Sun 17 May