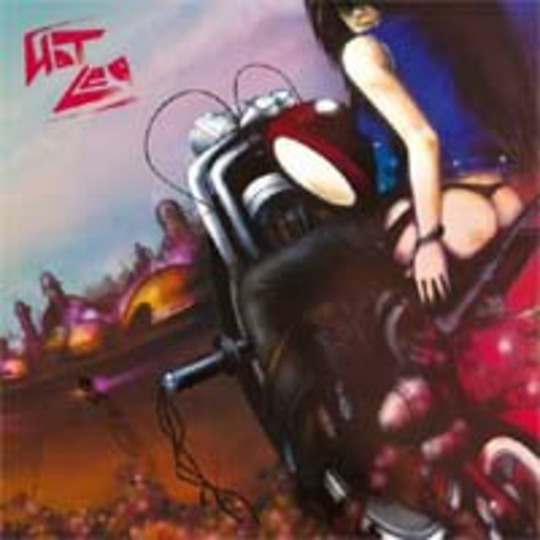 The return of Justin Hawkins is inevitably bound to induce far more sighs than whoops from the listening public, still wincing from his former band’s brief-but-total domination of radio playlists and jukeboxes up and down the country. After all, there was scant sympathy for his swift and brutal fall from grace, which saw the second Darkness album plunge from the charts and left Hawkins in rehab battling drug and alcohol addictions.

As you’d imagine, Hot Leg picks up a little too neatly where the forgettable One Way Ticket To Hell… And Back left off, mixing that trademark histrionic falsetto with oversized rock riffs that could have been vetoed by Def Leppard for being too cheesy. And, well, that’s it really.

The joke may now seem pretty gnarled in the cold light of day, but you can’t fault Hawkins’ cavalier effort in evoking his beloved guitar heroes. Opener ‘Chickens’ is a pretty sure handed study of Thin Lizzy circa Jailbreak, ‘You Can’t Hurt Me Any More’ recycles the intro from Free’s megahit ‘All Right Now’, ‘Cocktails’ does the same with ‘Jump’ and so on and so forth.

The problem rock fans will face is this: while Hot Leg may briefly excite in the air guitar stakes, every worthwhile note on this record has been snatched from someone else – and it doesn’t generally take more than a few moments to work out where. So, beyond a frivolous game of spot the reference, Red Light Fever ends up looking pretty short on legs (hoho, etc). As for the comedy element, it’s about time these catsuited perma-gurners wised up to the fact that Judas Priest and Queen never took themselves that seriously in the first place.

In all fairness, this album is everything the handful of remaining fans of The Darkness could ask for. Everyone else will be perfectly content to consign them to a bargain bin marked ‘nostalgia’.