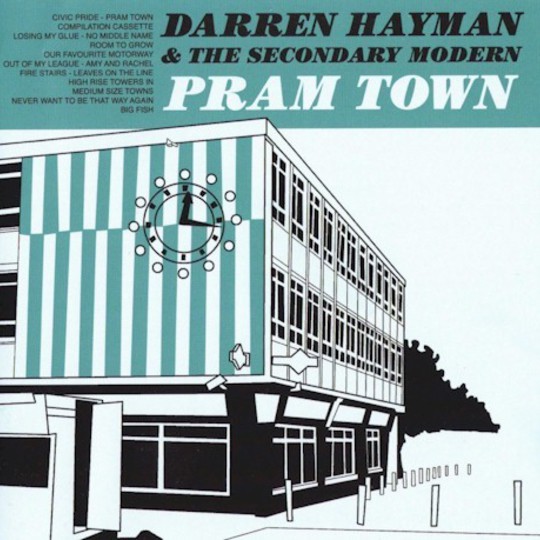 The concept album is an odd thing. The first image that might pop into your head when you mention those two words is probably Rick Wakeman behind about sixteen sets of keys. Once the area of bearded, lank-haired prog-rockers, it has been embraced (especially post-69 Love Songs) by other musical genres in recent times. Not the most appealing sight to most indie-pop fans; at least not the fans of former Hefner front man Darren Hayman. The appeal may be even further diminished on first hearing what this concept album is actually about; a new-town (another name which conjures up mostly negative images of tower-blocks, straight roads and erm...roundabouts), specifically Harlow. Let us be honest, having reached the realisation of both of these facts, the only way is surely up, and it thankfully is. Now, Hayman didn't actually grow up in Harlow, but we'll overlook this fact and put it down to artistic license...or something.

As ever, the intimate lyrics are the centre-piece, and nearly every song tells a story. From 'Compilation Cassette' – which documents the tale of a romantic encounter on ticket-less train journey – to 'Amy And Rachel', two recurring characters in (or from) Pram Town who make up the "best band to come out of Harlow". A scene reminiscent of thousands of local bands across the nation, destined to always play the same dank room to the same vaguely interested people, over and over again in a hopeless musical eternity. If it's not solely the quirkiness of the lyrics, it's the delivery; somehow enunciating it in a borderline creepy manner is part of the appeal. 'Fire Stairs' captures all of the above perfectly, with a reappearance of the aforementioned 'Amy'.

The electronically laced moments, of which there are a few, are redolent of Hefner's most ambitious release, Dead Media (and maybe even The French), strikingly in 'Our Favourite Motorway'; a superbly constructed soundtrack to the construction of the M11 which suitably meanders for the duration. There is a balance which is struck, and struck well. The character overflows in the moments of humanity; if this had been an album entirely in the vein of roundabouts, concrete tower-blocks, straight roads and harsh characterless architecture, it would almost certainly have been a failure.

The market for such heartless concept albums must be confined to a handful of cynical geography teachers and Hefner-ite graduate town-planners, of which there can't be many. There are tracks which are devoid of any emotion, presumably intentionally, and those which are heartbreakingly emotional, depicting the battle between the New Town and its inhabitants, desperate to break free of its shackles.

Pram Town can be a depressing listen, but at other times the joy, optimism and hope abounds. Due to the nature and tone of the content, it's a record which requires several listens to truly feel its heartbeat – a heartbeat which from a heart outside of this particular New Town.