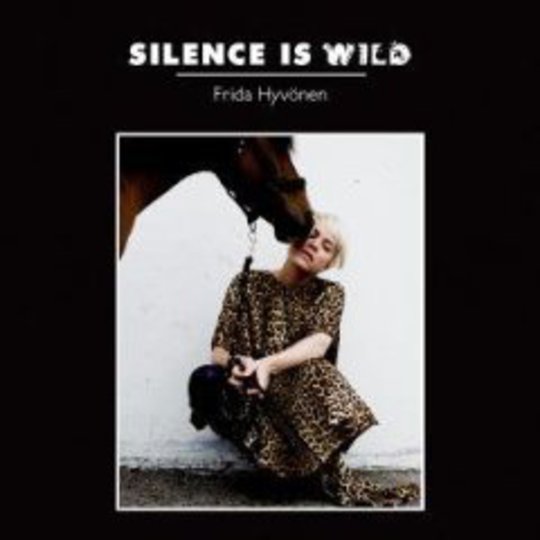 Let’s not be coy: Frida Hyvonen debut, Until Death Comes, was a bizarre exercise in musical naïveté that made conservatory-trained pianist Regina Spektor’s "indie" album, Soviet Kitsch, seem like a bold attempt to unlearn her instrument and convey heartbreaking emotions (which it was), rather than a coldly pragmatic career move (um...which it’s often whispered to be). On the other hand, either Frida Just Couldn’t Play, or she took the joke too far. Her debut’s clumsier and less melodic than the first two Cat Power albums, without the redeeming feature of narrating an escape from Hell. Please judge the debut for yourself, though – I wouldn’t want to do you out of its occasional adolescent epiphanies like, 'Once I was a Serene Teenaged Child’, with its punchline; "then I felt your cock against my thigh".

Frida's second album, however, is a giant leap forwards; in composition, arrangement, lyric-writing, and juxtaposition of musical styles. For those suspicious of her, for whatever reason... well, there are entirely new reasons to be wary (at first), but plenty more to be wowed, by the end.

For boys (let’s be honest) there’s a small hill to be climbed. The opening track, 'Dirty Dancing' does exactly what it says, and describes growing-up, by having adult-Frida meet the boy with whom she played out her teenage fantasies of getting all wet with Patrick Swayze. If the raging horror of this is as palpable as I’d expect, maybe you need to confront it? The second track keeps us in the 1980s, and has a call/response chorus exactly like Jim Steinman’s big hits written for Bonnie Tyler. Neither comes close to being a guilty pleasure, yet they’re intriguing as autobiography. By track 4, you’ll be warming to the album, and impressed by the detail Frida packs into these superficially flippant songs: 'London!' manages to keep the fun, and dispense with the ickiness, as the chorus rattles out: "the way you hate me is better than love / the way you hate me makes me weak at the knees!" 'Scandinavian Blonde' brings back the same barrelhouse piano, for a skit about perceptions of those elfin maidens from the North ("she speaks in a childish accent").

Having moved away from the 1980s (gated drum-sounds and all), Track 8 is Frida’s Tom Waits pastiche... about abortion. Beneath the narrative, an incongruous piano part is played without obvious feeling, but the choice of form is the message: the flipside of all that gutter romance Waits & co sing about is a lot of discarded foetuses, and (in time) a lot of tough and jaded women, hence "we often have problems with boyfriends" the nurse explains, "they faint at the sight of blood". Only at the very end does the nurse’s second comment hint at some residual feeling, and the song fits into the album’s collage.

'Birds' brings back the fun, with its Wendy Carlos-esque pseudo-chamber-music – synth harpsichords and strings. Coupling this with its premise: "you can count the birds / and you can count on the birds / but don’t count on them to represent your longing", it could almost be a direct crib from The Magnetic Fields ("there is a rose / that’s just a rose / but let’s pretend it’s my love that in the garden grows" over Gaelic folk played on synths). We’ll let her get away with it, because it’s catchy.

A more consistent mood is sustained across the final four songs. For the most part, Frida’s voice has an unvaried world-weariness that was a big problem on the debut - until all the musical shapeshifting disguised it, or offset it, here. The end of the album sees Frida writing music to match her apparent ennui, and narratives that explain it better. 'Pony' has pleasant Hammond and synth-accordion parts, making it reminiscent of Dubstar at their saddest. Judging by "I’ll give you sugar, pony / if you give me obedience" it’s hard to tell whether it’s a metaphor for relationships with men who might as well be dumb animals, or a more literal song about the parasexual joy of riding, on the part of someone who’s given up on men; as is the case with most of the songs here, the absurdity saves it from accusations of self-indulgence.

'Sic Transit Gloria' also teeters on the brink of sad and whimsical, but has a burst into a more hymnal melody that’s worthy of Joni Mitchell: "next to the fading glory of all things". In a sense, this is the album in a capsule – the several movements (each with subtle changes in tempo) making the song a picture of a world, and a mind roaming across it. By now, Frida’s come so far from where she started, you will have been won over, and it’s possible to see the early schmaltz as a necessary counterpoint: a musical analogue of the innocence to be lost, and/or transformed into experience. Come Album # 3, it might be preferable to see the styles incorporated in a more coherent musical idiom, but this is an astonishing development from one album to the next.