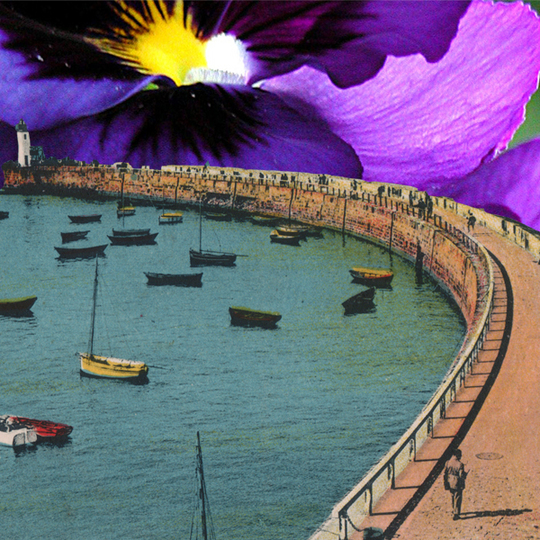 Saying it straight is an underrated quality in ‘alt’-indie music. Take this sample from Wild Beasts’ ‘Brave Bulging Buoyant Clairvoyants’: “Swig the bottle, bottle / Slap the face of Aristotle / Race me, Race me, Race me, Race me”. Right. It’s as if the new generation of uber-literate indie bands feel crushed by the weight of having to have something to say; the end result being a self-consciousness so loaded it practically oozes from the speakers. You feel all this verbal obfuscation only really serves to hide something more troubling – behind the grand words, histrionic, fractured vocals and smorgasbord of influences, a lot of new British indie bands really have very little to say at all. To quote These New Puritans: “I try to blurt it out but I can't find the words”.

That’s not to argue that there’s anything particularly groundbreaking about Sleeping States’ music. Or rather, that on first listen you’ll feel you’re hearing a band with an agenda, or a conscious ‘statement’. Yet, by going back to basics, Markland Starkie’s (the man behind the alias) music is often more affecting and innovative than many of the new breed of post-modern indie doyens. Whereas worrying about an inability to articulate might result in one of two outcomes in other bands - the compensatory verbosity of an act like Wild Beasts, or the nervous, knowingly oblique music of, say, Foals or These New Puritans.

On ‘Planning My Escape’, the first track on the Old Vs. New EP (a collection of, you guessed it, both old and new Sleeping States tracks) Starkie instead places that struggle within the context of real, human relationships. Rather than complain about his own confusion, Starkie instead tells us how, “You said that I don’t know what I’m talking about”, ending the short track with the perfunctory, self-deprecating, “I think I just proved you right”.

Rather than revel in, or try to mask, his own fallibility, what makes Starkie stand out is his honesty. The best bands understand that any innovative sound has to be coupled with some measure of humanity, the everyday rather than the highfalutin. It’s what makes Merriweather Post Pavilion the engrossing record it is, and it’s something Electrelane understood well. Indeed, on ‘Old Vs New EP’ it’s Electrelane that remain the touchstone throughout, sharing with Sleeping States similarly angular, intelligent music, wrapped around a down-to-earth, heartfelt core.

On ‘A Trip To NYC’ Starkie tells us, “I liked it in June when I went to work in the mornings / And I walked down the road with the sun on my back”. It’s these outbursts of sincerity and simplicity that make Sleeping States so endearing, and so unique. In a time when many bands revel in complicating matters, Starkie seems to understand that real profundity can be found in the everyday, in admitting that you’re a part of the world, not beyond it.