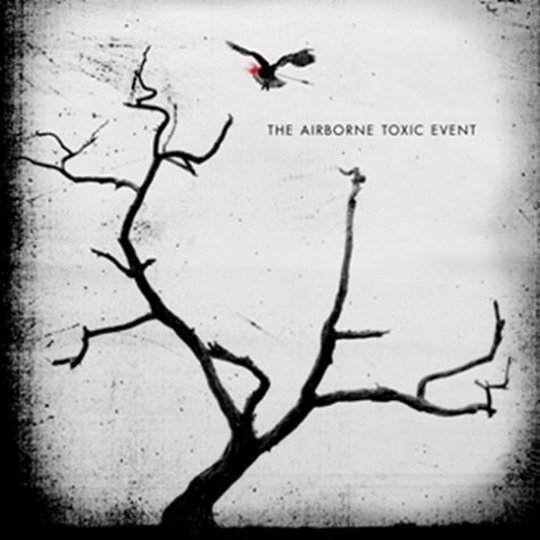 For a band who've yet to release their first long player in the UK, The Airborne Toxic Event have already stirred up a hornet's nest on both sides of the Atlantic. Due in no small part to a somewhat harsh review on Pitchfork some six months previous (and the band's subsequent written rebuttal), those sat on the fence beforehand quickly forming two orderly queues on both sides of it to either defend the band's honour vehemently or stick the boot in vigorously like rabid foxes on the prowl.

But let's not dwell too much on something as subjective as one man's opinion; we'd much prefer to concentrate on the origins of The Airborne Toxic Event and in particular this collection of songs, because make no mistake about it, every single one tells its own story. Main songwriter and mouthpiece Mikel Jollett's narratives of love, loss and betrayal might seem a little intense to begin with, but delve into his past and there's no shortage of demons waiting to be exorcised. The tragic circumstances surrounding both his parents' terminal illness providing a source of therapeutic inspiration, Jollett has discovered his muse through the unlikely vein of solace, and in the process created a quite startling opening document with The Airborne Toxic Event.

Having cut their teeth on the Silver Lake circuit of LA's vibrant live scene, The Airborne Toxic Event's novel way of attaining recognition - passing a demo on to leading radio station KROQ whilst still unsigned and largely unheard of outside their own backyard - should at least give hope to many struggling bands around the globe that the power of word of mouth still exists. Certainly any accusations of industry hype, strategic market placement or manufactured plagiarism are well off the mark here.

Instead, The Airborne Toxic Event prove themselves an able five-headed beast of eclectic wares forcing Jollett's largely downbeat words to come to life in an almost exorbitant manner. Even at its most desolate, such as on closing epic 'Innocence' where Jollett implores "I could die, I just don't care", 'The Airborne Toxic Event' turns the most solemn of wakes into a glorious fanfare not a million miles from The Arcade Fire's 'Wake Up' in structure, if slightly more obtuse by way of execution.

Of course The Arcade Fire are just one point of reference here, largely, it must be said, down to Anna Bulbrook's exquisite violin interludes that punctuate the whole record at its most delicate hours of need (see the poised intro to 'Sometime Around Midnight' or 'Wishing Well' and its anthemic crescendo). Jollett's vocal stylings undoubtedly forge a three-way coalition of early Springsteen, pre-Live Aid Bono and the deft pronunciations of Matt Berninger. The musical arrangements themselves though don't follow any particular pattern or genre at any point, meaning the record is still full of surprises even after the umpteenth listen of the day (and believe me, I've been there).

Across its ten tracks, The Airborne Toxic Event possesses a raw intensity that defines the band's sound, something which is even more evident in their live shows, and even when the subject matter is slightly less disparate as on the penultimate 'Missy', one can sense the raging sense of "If only" silently ebbing away from Jollett's grasp.

As debut albums go - and while compiling the record the band disposed of nearly thirty songs - this is a fine, upstanding introduction to the tormented world of The Airborne Toxic Event and one that vivaciously whets the appetite in anticipation of what might come next.