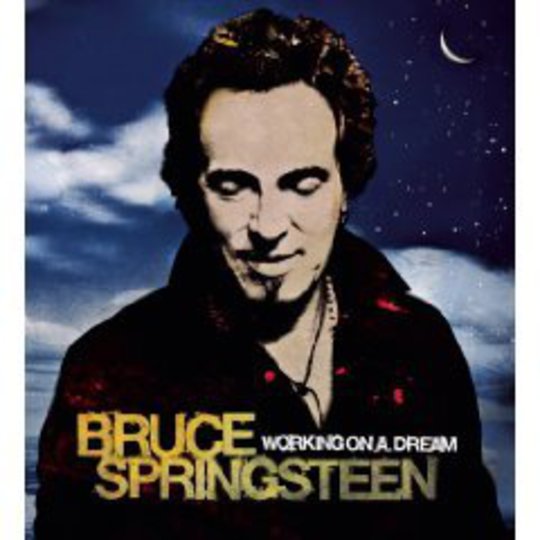 After a long-ish period whereby it seemed that Bruce Springsteen had gone into semi-retirement (essentially the 1990s), this decade has seen New Jersey's favourite son's re-emergence as the pre-eminent singer songwriter of the post-sixties generation. Spurred on by a nation in troubled times, both The Rising and Magic were records that had something to say; part of his self-described "ongoing conversation with the American people".

This time, however, the lack of a social agenda is palpable. The majority of Working On A Dream is a continuous rumination on love, relationships and life past a certain point. The main deviations from this are the book-end songs on the record; the Nebraska-esque 'Outlaw Pete', which in eight narrative minutes tells the care-worn tale of a man born into, and failing to exit, notoriety, and album closer 'The Wrestler', a song that has already made its mark as the closing track of the eponymous film.

The remaining 40-odd minutes are firmly entrenched in Springsteen's other passion; those bittersweet yet always hopeful tales of love lost, found or unrequited. Unfortunately, the writing and production is as saccharine as the topics covered, either gossamer thin semi-ideas of tracks padded out, or bogged down by strings and a blinding sheen of instrumentation that does nothing to appeal to anyone beyond easy-listening FM aficionados. They're not all terrible. The rear-view mirror that is 'Life Itself' is steeped in a palpable sadness while 'Kingdom of Days' is a beautifully authored, graceful paean to the joys of growing old with a loved one, set atop nicely crafted strings and keys. The Orbison-pop of 'Working On A Dream' is a passable pop song, and the crunchy, chorus-powered 'My Lucky Day' is enjoyably anthemic. Others, though, don't cut the mustard. 'Surprise Surprise' is the worst offender; a song that should have been ditched before it got anywhere near producer Brendan O'Brien's mixing desk. 'Queen of the Supermarket' seems to have divided opinion, but the joys of domesticity and the notion of magic in the mundane have been expressed better by many others in many other songs, not least some of Springsteen's own. No one can doubt the man's right to record what he wants in whichever manner he chooses, but there's parallels with the much maligned Tunnel of Love LP, another near-solo record released after a long and gruelling tour period with his band.

As this album neared release, both artist and record company seemed to go to great lengths to ensure that, despite it coming hot on the heels of his last record, Magic, this was viewed as no collection of cast- offs from that session, instead praising Springsteen for entering into a period of supernatural song-writing productivity. If this is (doubtfully) true, you hope for the sake of future output that his songs come at a more frugal pace next time. Certainly, the best song here is 'The Wrestler', a track initially conceived solely for Mickey Rourke's Oscar-nominated turn, but quickly tacked onto the end of this LP. The final recording both chronologically speaking and on the album's track listing, 'The Wrestler' is both a teasing insight into future bounties to come and a hint at what might have been if Working On A Dream had perhaps been created with less haste.