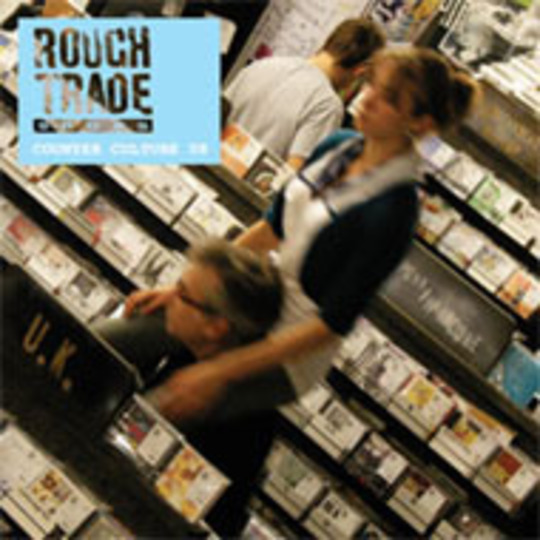 The relative merits of independent record store clerks and their supercilious taste in music – roughly equivalent to a sandwich bar waitress giving MasterChef a bash – are not, thankfully, required round these parts. Whoever selected the underground zeitgeist-capturing extravaganza that is Rough Trade Shops Counter Culture 08, there is no argument this is something of a demonstration exactly how the rocky road of compilations should be navigated. And it’s definitely pushing for the best effort in their series to date, even if the title has your hackles up for a split second, conjuring images of music being revolutionised and mobilised as you gawp, until the chief reference sinks in. All bases are covered expertly as well, picking the truly cult among the projected names to drop as dictated by that shadowy entity that is the industry.

Sure, you won’t love everything. Christ, anybody claiming to dig every last one of the 44 artists included here needs a serious and instant dose of quality control between the eyes. But for most part, the formula is one-third heat, 33.3 recurring per cent examples why you shouldn’t have overlooked certain bands first time around, and the remainder justified at the very least by status as objectively worthwhile curios.

Which is to say, we’ve avoided the regular compilation review format of listing nigh on every single band, accompanied by a succinct observation, for long enough. Fortunately, RTS have skirted that issue by intelligently considering both content and flow of their two-CD baby, luring you in with disc one’s acoustic and melodic calm charms. Evolving from Department Of Eagles’ unsettling ‘Classical Records’, the momentum moves to Bon Iver (the beguiling-in-isolation ‘Flume’), the missing link between José González and M Ward that is Peter Broderick (‘Below It’), the temporary distraction of Fleet Foxes, Festival’s haunting ‘Fair And True’ and a bunch more kindred souls, culminating in melodrama-packed Cardiff shoop-pop prospects The School. The shoegazing wash at the opening CD’s halfway point is significant, heralding a second side that clings together with a gluey love of noisier pursuits, with only a tiny blip: Atlas Sound’s frankly yawnsome ‘Recent Bedroom’ – naming songs by time and location, huh? – precedes equally charmless hyperbole bullseyes Crystal Stilts, blown away in the nick of time by the Vivian Girls’ quietly vivacious ‘Where Do You Run To’. Telepathe turn in ‘Chrome’s On It’, the otherworldly post-TV On The Radio pop pinnacle of their soon-to-be-fawned-over Dance Mother LP and there’s an air of job done.

The second set of selections has other ideas, however; disc two, you see, ups the ante tenfold. King of ear-boggling drum abuse Chris Corsano’s opening clatter gives way to Boris and the Japanese loons fire up their taser-powered guitars for gloriously dumb blast ‘Laser Beam’. Shortly afterwards the tracklisting blows its load excitedly for nearly ten continuous minutes: awesome sped-up post-punkers The Shitty Limits, then HEALTH, then drone masters Indian Jewelry, then Shit And Shine. The only way to top that is a dubstep and angel dust-spangled beats segment that drags 2562, Flying Lotus, Rustie and more off the streets to pulverise whatever is left of your bewildered speakers.

As a skim through the most interesting corners of record racks from the past 12 months and coming days, Rough Trade Shops make a fine case for digital devotees to keep picking up physical product, if only so compilations this solidly inspired can continue.