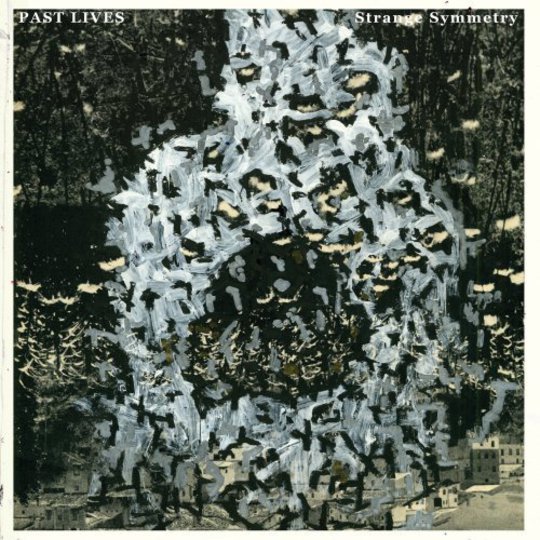 Hey! The new record from 60% of Blood Brothers! Let’s try and get this straight – Neon Blonde (who released Chandeliers in the Savannah in 2005) were Johnny Whitney and Mark Gajadhar, with some guy on sax, but Past Lives are Jordan, Mark and Morgan from the BBs, plus two guys from Shoplifting. It’s as if they barely split up at all…! Shuffle this together with the Jaguar Love debut and you could make yourself a follow-up to Young Machetes (2006), couldn’t you?

On paper, opening track ‘Beyond Gone’ is bleak beyond bleak, but it shows Past Lives have already got plenty of possibilities to explore, like Tom Waits in the junkyard, wondering what instrument to build first. Sure, it’s an apocalyptic vision of the world so fucked that there aren’t even dead trees or animals in the lyrics left to signify it – just ever-growing rust – but it’s also impossible not to hear the line “No curtain call…” as an allusion to the demise of the BBs, who put on some great theatre, no matter that the show is over.

In case you wondered who did what in the double-headed hyena that was Blood Brothers, the ‘Strange Symmetry’ EP suggests that Jordan was the band’s resident Jeremiah: bewailing consumer-capitalism, especially on ‘Skull Lender’ – “I just got back from 20 years of shopping / the only thing I bought was a cage to lock up my heart inside a cynical skull”. That said, the line “like 16,000 sequinned gowns cheapening the skyline / you open up your bag of ghosts none of them look holy” (‘Reverse the Curse’) tells us that Jordan and Johnny were far too symbiotic not to share each other’s themes – not quite the degradation of women (although the mutilated cheerleaders and mascara-streaked pornstars certainly allude to that), but more like the fact we’re all becoming one-dimensional prostitutes for aspiring to emulate images (“disappointment paints a smile into your doorway”).

It’s almost redundant to describe the music given how little it deviates from the Blood Brothers template after that first track; 60% of the line-up is more than enough to keep the songs strong, albeit without reaching the best moments, as yet. Going back to the lyrics then, scattered phrases hint that the BBs had become too much like a business (“Calculate, you calculator! Split my skull with useless facts and figures…” on the title track). In that case, the move to dissolve the band feels tactical (“I want to start all over again” is the last line of ‘Skull Lender’). At least we’ve got twice as many shows to go to now… and twice as many lyrics to parse. After running through the neon shopping mall kingdom of rats for five tracks, Jordan concludes “it’s alright / it’s just life / it’s only life” – as in, at least God’s Dead, and there isn’t a Hell after this one. Welcome back Blood Brother – more reasons to scream…