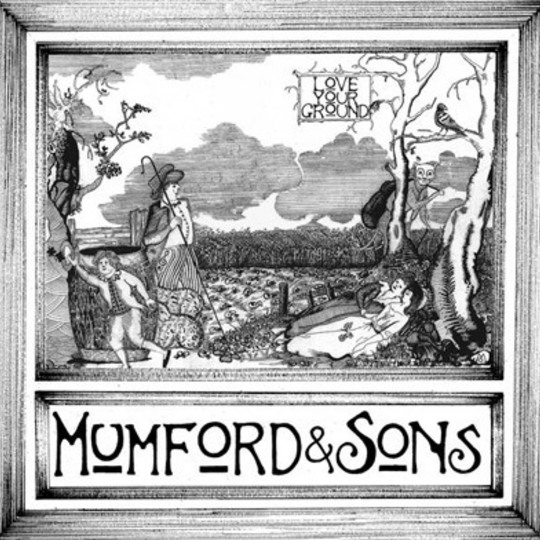 Marcus Mumford, he of husky vocals and lead duties in this band, was Laura Marling's right hand man until very recently. Forget this however because it’s about the 28th most interesting thing about him. His band of sons are the latest in the Marling, Pistolet, Noah conveyor belt of London folk and they are possibly the best yet. Quite how Mumford And Sons have arrived so fully formed is anyone’s guess but the fact they have is a treat for us all. Having released their debut EP on Chess Club (It Hugs Back, Arks) in June the band return with another EP, more assured and even more achingly beautiful than last time. The music acts as a window into Mumford’s heart, a black and white wheel operated camera into a troubled soul.

‘Little Lion Man’ is a vitriolic self portrait reflecting on the demise of a relationship, “It was not your fault but mine, I really fucked it up this time didn’t I my dear.” With a jaunty beat and fast paced rhythm it’s easy to let the song slip by as an upbeat affair but listen closely and you hear a man tearing himself apart. ‘Feel The Tide’ is the lyrical polar but musical twin to the first track, maintaining the poppy folk sound but infusing it with romantic uplifting words. The question raised with the bands of this ilk like the aforementioned Marling, Charlie Fink etc is the legitimacy of it all. Can a person in their early twenties from a commuter belt town really tap into and embody a style of music that is rooted in the 50’s and 60’s with visionaries like Woody Guthrie, Joan Baez and Bob Dylan? Personally I believe that whilst acts like Mumford & Sons et al may have a clear lineage the passion and emotion that powers their songs is so impressive and touching that to argue over the origins of the harmonica and slide guitar seems churlish.

‘Hold On To What You Believe’ and ‘The Banjolin Song’ make up a more morose second half of the EP but that is perhaps M&S better side. With time to dwell and wallow the words really resonate and the swelling in the key changes takes on a more profound effect. It is perhaps too early to predict properly but I wouldn't bet against Mumford & Sons taking 2009 by storm.

It's Midnight In Honolulu

Sound of the Smiths Review