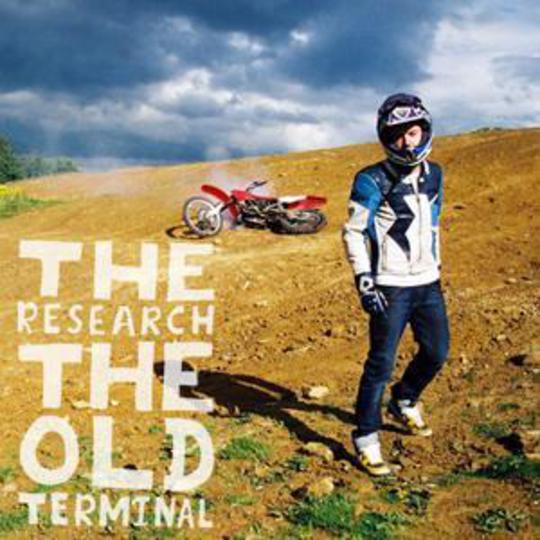 Seems like a couple of years can make a big difference in indie-pop history. You turn your back for a second to gawp at other marvellous musical incarnations and then you find out that Wakefield’s The Research added a guitarist in the time that it took you to forget all about them. And then the guitarist left before he even got to play on a stage. Yet, with new material being released into the world again we find out if they have been 2008’s most missed band? Judging by this new album, sadly not. But they were really missed, honestly, who could resist their debut longplayer Breaking Up - so catchy, catty and delightfully, harmoniously tuneful, it was always going to be hard to follow up.

On first listen, prepare for a shock: the comfortingly trashy trademark keyboard element of the music has been ripped out and a guitar has been shoved in its place. And it’s just not the same, not as fun. Yes, the vocal harmonies are still there like on hopelessly romantic ‘I Think She’s The One I Love’ and the sweetly shining ‘Librarian Girl’. Yes, the dreamy indie-pop feeling is still alive - try ‘There Are No Subs In My Team’, but something has happened to The Research, something has stirred within their core.

Musically there are a few more surprises, but no more paradigm shifts, it’s just, perhaps, that The Research have outgrown their old formula and want to try out some different tricks. There’s old school kids puppet program sounding ‘All My Love’ with it’s trumpet and bassoon, then ‘I Would Like to be Forgiven’ with it’s harmonica and ‘Going To Be Disappearing’ with its purely piano shuffle.

And then nestled away amongst the new sound are some future singles to be, some more of those songs to sing along with. The Research check in with the gloriously uplifting ‘Rockin’ the Boat With My Friends’ and the starry eyed ‘Anytime, Babe’, affirming that The Research made it through to the next level, just, just someone tell them to bring the decrepit Casio back. Or another keyboard, not fussed.