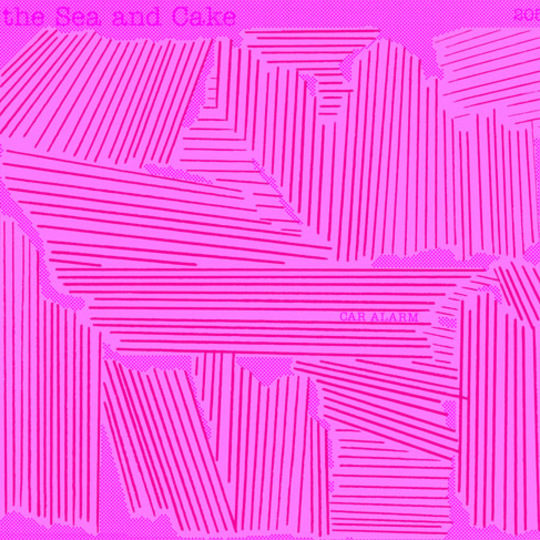 There are so many moments on their new album where The Sea and Cake sound exactly like they have before, but it’d almost be worrying if they’d gone done anything different. They’ve built a career out of making those chilled, breezy ballads for ages now. There’s something tremendously comforting about their laid back style, but that’s not to say it’s ever tepid. Quite the opposite. Even on their eight album, somehow their chill retains a poignancy through all the aired-out strums and muted grooves.

Car Alarm is a deliberately quick follow up to last year's Everybody, with Sam Prekop and co. aiming to follow straight on and capture a sense of continuity and immediacy. It’s true, they’ve captured their usual effervescent vibage, filling all these songs with a clean sort of life that is probably about as fresh as they’ve sounded, despite the other moments of déjà vu.

There is one noticeable change on Car Alarm and that’s the addition of more keyboards and electronics. The short interlude track “CMS Sequence” is squelchy and spaced out but even this comes off similarly to the rest of their oeuvre like some retreat indoors from a hot summer afternoon. They’ve always worked on a basis of subtleties and these synths build on this, providing additional textures on top of those very much organic guitars, straddling their own balance between naturalism and sterility. “Weekend” does so perfectly, opening with layered and looped stuttered strums and then twinkling all the way through with squiggly keyboards over top. Elsewhere, washy synths drift in the background more like they have before. The newer tones come off as seamless and perfectionist as ever, it’s just a wonder how their loungey, jazz-inflected styles keep their head above the lukewarm. I guess that’s what they call musicianship, and maybe even enthusiasm.

Even if plenty of the songs on this record could be easily mixed up with something from their past two records (“Window Sills” and “New Schools” are straight off Everybody), their idiosyncracies never diminish any of this album’s terrific songs. And when you’ve mastered not only the art of reducing the temperature with music by at least a couple of degrees but also making some of the lightest, crispest but still substance-filled jams in the process, it’d be a shame if they didn’t just keep on playing as they have been.