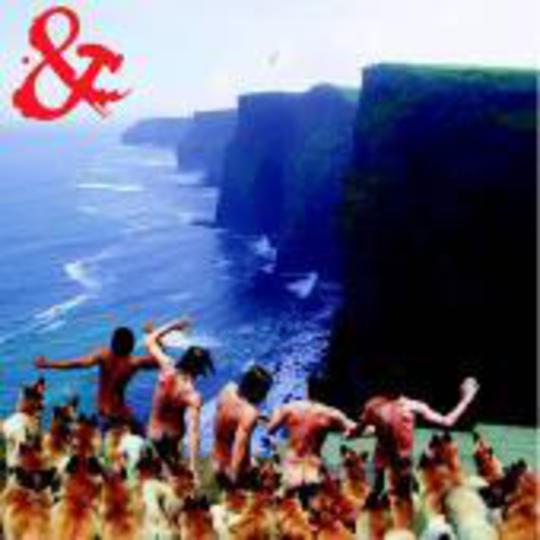 Anyone reading this that has been tricked into believing Iglu & Hartly are “just a bit of fun” and said “That song is actually rather catchy...” PLEASE SEEK HELP. You are suffering from a severe case of Radio One-induced 'Familiarity not Fondness' disease. Solitary confinement is the only cure. To mince no words; Iglu & Hartly are perhaps the worst band to reach mass acclaim since their musical forefathers Crazy Town (and they had a rapper who called himself Shifty Shellshock).

Everything about the band screams corporate soulless jock-rock horror, from the topless live performances spewed on every TV show going to the band's MySpace page featuring a countdown to the album release date amidst links to Bebo, Facebook, Youtube and Street Team pages. It’s a multimedia assault on the nation's senses and like the spineless cretins so many people are they have caved in and started buying the damn bands whole shtick.

Said shtick is this: Red Hot Chilli Peppers funk guitars meets Beastie Boys teen party raps. It’s all achingly nu-metal without the angst or sense of irony. There is a show currently airing on BBC2’s youth orientated Switch section called _Scene Stealers_ in which one member of a ‘tribe’ has to infiltrate another, so an emo kid must become a chav for the day for example. Iglu & Hartly sound like Stifler from the _American Pie_ films trying toe curlingly hard to become a rapper. Everything sounds unprofessional and done on the cheap to maximise profit for the bosses. 90% of _& Then Boom_ lacks even the basic hooks of the aforementioned ‘In This City’.

The bands two rappers go by the names of Jarvis Anderson and Simon Katz both of whom appear to take their vocal inspiration from somewhere between Black Eyed Peas ‘My Humps’ and Fred Durst at a keg party. It’s sloppy, mono paced and utterly inconsequential. What is truly astonishing about this album is not its lack of quality; there are countless awful bands in every town in the world. It is the fact that said rubbish has infiltrated its way onto a relatively respectful label (Mercury is the home to, amongst others, Arcade Fire and Ryan Adams) and into peoples homes and MP3 players. The whole record sounds like an over extensive home demo packed full of bad ideas, poor musicianship and a vastly out of date concept. Why it was not thrown out of the nearest window is a mystery.

I might be preaching to the converted here but someone has to stand up against soulless tripe like this. There is not a single redeemable factor to be taken from _& Then Boom_ ( - even the title is nonsensical) and all parties should take a long hard look at themselves. Corporate, bandwagon jumping, money grabbing opportunism is one thing but this is just an insult to the whole nation, a joke nobody seems to have caught onto. Iglu & Hartly are collectively giving the nation a wedgy and nobody seems to even care, that is why this is the worst album of the year.