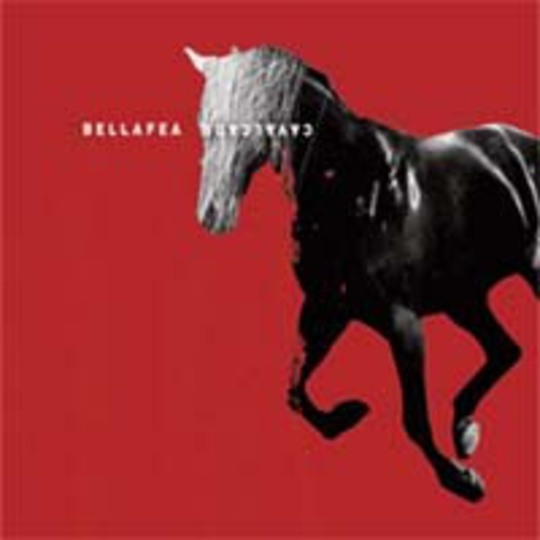 Known in their native US for their formidable live presence and raucous performances, Bellafea make their first stab at a long-player with Cavalcade. Led by tempestuous singer and guitarist Heather McEntire, the band hail from Chapel Hill, a small college town in North Carolina.

There’s no argument that Bellafea know how to produce a sizeable racket, all the way up from the pounding rhythm section to the walls of distorted guitar that give the album its razor-sharp edges. It is this relentless intensity that makes Cavalcade somewhat overbearingly bristly. On the rare occasions they hold back, as on the lovely Blonde Redhead-esque ‘Thornbird II’, the band really hits its stride.

Too often, as on ‘Arctic’ and ‘Run Rabbit Run’, the volume overwhelms the songs and the listener is left feeling bludgeoned, rather than energised, by the aural assault.

McEntire’s brutally urgent quest for catharsis is reminiscent of Kristin Hersh in her early days with Throwing Muses. While Bellafea isn’t quite as compelling here, there is a sense that time may well bring some interesting developments. For now they’re probably best experienced live, though Cavalcade certainly has its moments.